Venissa, another Venice of dreams

On an island in the lagoon, built around an ancient vineyard, there is a ‘model’ project that has managed the cohabitation of sustainable tourism and high class catering with the local population and inherent traditions. We are talking to Gianluca Bisol the promoter and driving force behind the project. (VERSIONE ITALIANA)

“I begin to visit Torcello in the early nineties coming every now and again with friends. But it was only in 2001, thanks to the particular light prevailing at that moment, that my glance fell upon a particular garden that I hadn’t noticed before and attracted my curiosity”.
This is how Gianluca Bisol, a direct descendent of a family that has been making wine for 21 generations whose childhood was spent amongst the vineyards and winery of Santo Stefano di Valdobbiadene, begins his narration, almost as if it were a fresh start at fifty, emulating Camilleri with his youthful appearance. Just a trace of a carefree moustache and lively, twinking blue eyes, perfectly laid back in his elegant suit that he wears with such elegant candor as if it were almost a second skin. 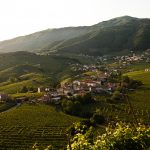 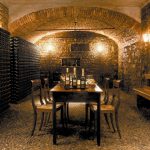 “I knocked at the door of Nicoletta Emmer’s house who ushered me into a garden with four hundred vines of various types and pointed out three of particular importance from an authoctonous Venetian grape variety”. This is how Gianluca came to know of Dorona, the table grape and preferred wine of the ancient Venetians, the very name of which evokes the soft colours and amber light of the grape harvest, amongst rows of ungrafted vines on postage stamp areas of land on islands immersed in the soft yet intense blue of the lagoon. Thus began the research, carried out together with his oenologist brother Desiderio and the terroir expert Roberto Cipresso who verified the authenticity of the grape variety and brought to light the existence of another eighty plants on the island of Saint Erasmus.

An attempt at vinification was made and the results were sound enough to justify their decision to multiply the plants which reached three thousand seven hundred specimens. In the meantime they researched the soil in which the vines would be grown and found the best plots, rich in silt and clay deposited by rivers through the centuries, to be located in the northern lagoon. This vast area of salt marshes and sand banks that still today conserves the typical characteristics of the salty lagoon environment, that the southern lagoon has irretrievably lost, transformed into a straight of open sea. A territory that Gianluca has christened Native Venice due to the historical importance of having played host to the oldest human settlements and for the creative energy that it conjures up necessary for the success of the project.

A derelict area of land in the municipality of Mazzorbo, the ancient Maiurbium, was chosen where the XIII century church of Saint Catherine still stands on the site of a former convent and a mediaeval walled vineyard, rebuilt during the Eighteenth century, plays testimony to the ancient battles fought by the inhabitants against the hostile elements and high tides. 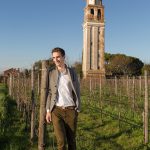 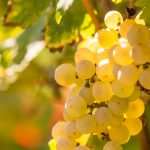 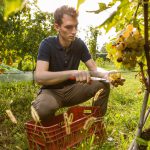 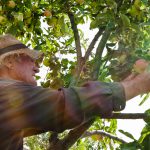 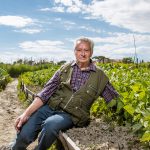 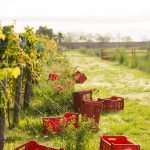 Gianluca then decided to present the project to the mayor of Venice Cacciari, who was enthralled enough to initiate a works tender in 2007 that was won by Bisol. The two hectares of land were turned over in equal measure to vineyards and vegetable gardens where the Burano pensioners could cultivate their greens. The first Dorona grape harvest took place in 2010, at the reduced yield of 3,5 quintals per hectare in order to obtain a superior quality wine.

The president of the region and the new mayor picked the first bunches and Venissa was born. A dream that would base a project, that manages the cohabitation of sustainable tourism and high class catering with the local population and inherent traditions involving pensioners, children, lace workers, oarsmen, fishermen and the painters of whom Burano is especially proud, around a vineyard that has been cultivated since the XV century.

“The involvement of the local population was our main objective from the very beginning – smiles Gianluca. Recently we’ve managed to open the gate leading to the wooden bridge that links Mazzorbo to Burano so that the people can come and go more easily. The local people give us that ‘little bit extra’ as they represent the authenticity of the surrounding environment”. The area has been threatened by depopulation because of the difficulties caused by living on a tiny island and we have to change that by creating work opportunities and reasons for staying.

The Bisol projects are not being limited to the management of the vineyard, hospitality resort, wine bar and restaurant that are being run by Gianluca’s son Matteo and which already boast a cultured international clientele, mostly from Northern Europe with a solid forty percent represented by the Italian guests. Gianluca wishes to expand the project. 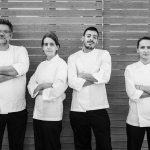 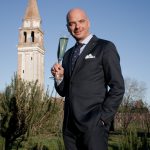 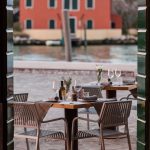 “We are seeking out areas that have historically hosted convents with vegetable gardens and vineyards. Torcello had one hundred and twenty grape growers in the eighteenth century – he carries on – and was also home to a monastery of Borgognoni monks who made wine on their land. A German friend on Mazzorbo has four thousand metres of land where we would like to plant Malvasia and create vegetable gardens. In addition to the six rooms that we can place at the disposal of our guests we would, in the near future, also like to add some houses on Burano that we are trying to buy in order to create a horizontal hotel that will offer an alternative for the tourist who already knows Venice and would prefer to stay in a more peaceful part of Venice surrounded by green and linked to excellent food.

An authentic environment, just a stone’s throw from the city, where one can take the ferry boats rubbing shoulder to shoulder with the local people and watch the lapping of the waves through the windows without any hurry”. It is also for this reason that the Consortium of Native Venice was set up for the improvement of Burano, Mazzorbo and Torcello. The consortium already has over twenty members who are intent on promoting small businesses dealing in handicrafts, art and local tradition.

“From the economic point of view – confesses Gianluca – I would have preferred not to create Venissa and it is only the passion that drove me onwards. The love of this land, its history and its people”. It is this that drove him from the hills of Santo Stefano di Valdobbiadene and fired his interest in this remote part of the lagoon, with its salt marshes, sand banks, gravel beds and waters crisscrossed by fishermen. An interest manifested in the recovery of the grape variety almost lost to time that led him to rediscover his own deeper origins and be won over by the visual charm of the colours of a place that played testimony to the birth of Baldassarre Galuppi. Enraptured and enchanted just as his fellow citizen Andrea Zanzotto was by linguistic experimentation.

Snake eyes, empress eyes,
head of fire igniting ice,
we beseech you: rise up break forth,
we implore you, all entreat you;
show yourself my lady, come up, come forth,
pull all together, you and we
ah Venice ah Venissa ah Venùsia.
(Andrea Zanzotto’s verse translated from Venetian dialect)