#tiramisuday. Dessert lovers of the world, unite! In Venice! 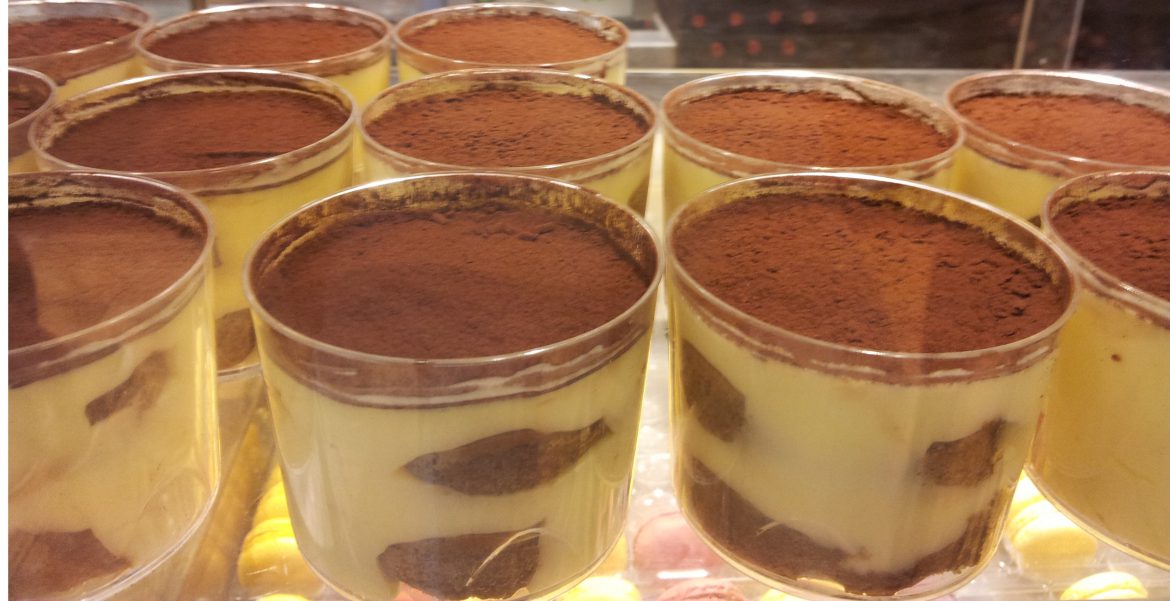 Eggs, sugar, mascarpone cream cheese, and just enough coffee to moisten the Savoiardi biscuits (ladyfingers). Then a dusting of cocoa powder on top, and a generous sprinkling of chocolate shavings. This is the original recipe for “tiramesù”, or “tiramisù”, as it has been known ever since the recipe left the confines of the Veneto region. Today, tiramisù is one of the world’s favourite spoon desserts.  However, it was unknown to the 19th century writer Pellegrino Artusi, who made no mention of the dessert in his famous recipe book “The Science of Cooking and the Art of Fine dining”, which only contains recipes for possible forerunners of tiramisù, such as Charlotte, Zuppa Inglese, or Torino dessert.   VERSIONE ITALIANA 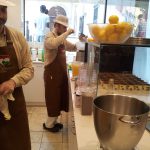 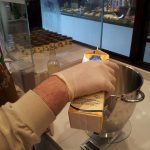 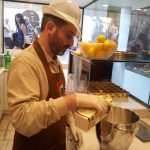 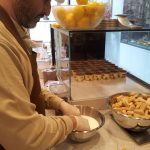 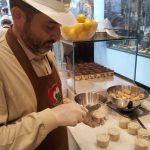 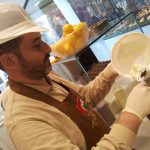 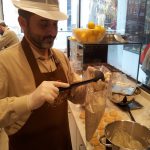 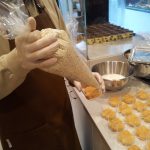 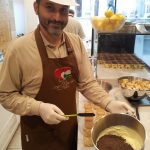 It was Beppe Maffioli, an adopted citizen of Treviso, lover of fine food, actor in cult films such as:“La grande abbuffata” by Marco Ferreri, and presenter of the successful daily radio programmes “Eating well for less” on Rai2, who first reported on its emergence in 1981. Maffioli wrote of the origins, virtues and properties of tiramisù in the pages of “Vin Veneto: the quarterly magazine for Veneto wine, grappa, gastronomy and culture”.

The article attributed the original recipe to the “Alle Beccherie” restaurant in Treviso, which was run by the Campeol family. Particular reference going to the pastry chef; a certain Roberto “Loly” Linguanotto, who had previously worked in Germany.  The article claimed that Linguanotto had been inspired by “sbatudin” : a recipe much loved in the Veneto countryside which was  made by beating eggs and sugar together.This once fashionable tonic was used to fight against all forms of fatigue. Linguanotto, it is said, simply added the mascarpone, ladyfingers, coffee and cocoa. And that was it. According to Maffioli, this was a true story, and who are we to doubt it. Even if other schools of thought disagree.

Tiramisù has come a long way since it first appeared in Treviso during the Italian economic boom years. And just as happens in music, where virtually any aspect of an original idea can be modified, from harmony to melody or rhythm, tiramisù too has seen many variations on its theme. Yet while its modern variants are many, they are all based on the original recipe, changing only in small detail.

You can still get the traditional recipe too, of course. It is always in full view at Ai Tre Mercanti in Calle al Ponte della Guerra, a  street leading off the square of the same name which is only a short walk from Piazza San Marco. A constant flow of passers-by pause to stare with curiosity through the large windows into the fully visible kitchen.

A scene which vaguely resembles an animated, Mediterranean version of “Nighthawks”, the famous painting by Edward Hopper. Not infrequently, some of the curious onlookers decide to go in, seduced by the plastic cups filled with attractive, colourful contents that seem to remind them of something or another. Inside they discover a whole world of tiramisù, created by Roberto Caruti. The man in the kitchen who has been experimenting with new alternatives for the last seven years since returning from London where he left his job working for Gucci.

You can see him wearing plastic gloves, patiently dipping ladyfingers from Verona in a liquid mixture,  which when we called in, consisted of milk, syrup and mint liqueur. Both being from Pancalieri in Piedmont: a stronghold of the “Slow food” movement. Once the biscuits are soaked to the right degree, he arranges them two by two in generous clear plastic cups. Finally, he prepares the cream, made from Soligo mascarpone, cream, pasteurised egg and 100% chocolate shavings. 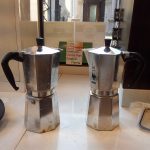 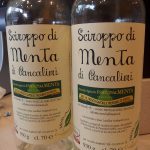 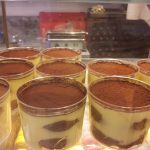 Alternatively, whenever needed, Caruti also prepares coffee in two enormous Bialetti coffee pots (the one with the little man with a big moustache). After having tried seven or eight different blends of coffee, he finally found one that is exactly right for tiramisù, and does not overpower the other ingredients with its strong aroma. Roberto will tell you – and his customers evidently concur – that this particular blend of coffee is the best you can get for traditional tiramisù.

He is happy to chat as he painstakingly performs the various steps needed to prepare his tiramisù, regularly consulting his tablet to make sure that nothing has been left out due to human error. He explains that everything began almost by chance, when he, together with two friends, decided to open a shop selling the very best of Italian produce. Executing this by patiently searching the nation’s fairs and food exhibitions, and visiting production sites over two full years. This was all very well for the sauces, wines and creams, but how did tiramisù fit into the equation?

“We didn’t have a licence to sell cooked food, however, thanks to a regional law we were allowed to sell uncooked food instead. So we immediately thought of tiramisù. That’s how it all began. We started with the traditional recipe, but now we sell twenty-five different flavours.” The customer base is mainly made up of tourists from all over the world but above all from Japan and Korea.

And the Italians? “In fact,” continues Caruti, “we also have a large number of Italians and even Venetians among our customers. That surprised me at first because what we are selling is really something you can make at home. The locals must like our non-traditional flavours! We have also achieved such success with the Korean market that early next year we will be opening a shop in Seoul to sell tiramisù and other products under our brand name. Despite appearances, our dessert is, and will absolutely remain, a traditional tiramisù. The only thing we’ve changed is that our cream does not contain alcohol. That way, people of all ages can enjoy it. And instead of using egg white, we use fresh cream, because it makes the recipe so much lighter.

That way, all the flavours remain distinct, or to put it another way, no one ingredient overpowers another. We want all our flavours to remain balanced and distinguishable.”
I wonder which is your favourite flavour… “Mint jelly and chocolate shavings.” I don’t suppose I could… “Of course. Here you are.” 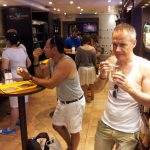 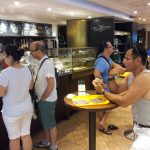 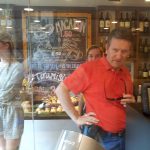