Interview. Ahead of Chilean presidential elections, we spoke with Fernando Montes Matte, a friend of Pope Francis. “The people do not have a lot of trust in institutions, politicians, businessmen, and the Church.”
CLAUDIO MADRICARDO 26 Novembre 2017 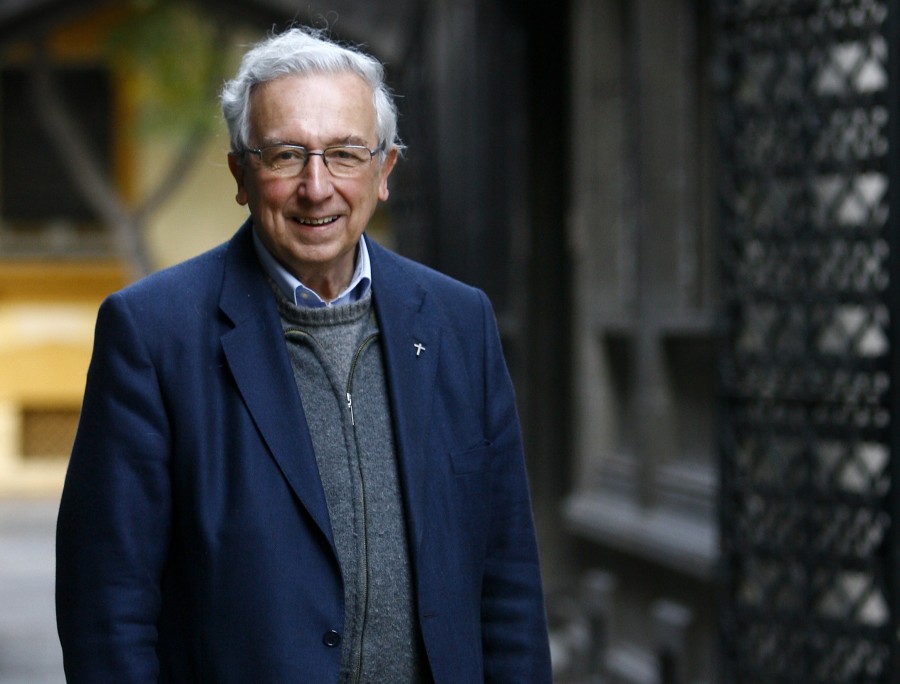 Fernando Montes Matte is a thinker and teacher renowned not only in his own country but in the whole of Latin America. An old friend of Pope Francis, he is former rector of the Alberto Hurtado University in Santiago and the former Superior of the Chilean Jesuits. In recent days, he was in Rome visiting the General Curia of the Society of Jesus in Borgo Santo Spirito, where we reached him for an interview.

On Nov. 19, there will be the first round of the presidential and legislative elections in Chile. It seems that the candidate of the right is the favorite to win.
It is certain that Sebastián Piñera will win the first round. It is also possible, though uncertain, that there might not be the need for a second round. Although it doesn’t seem very likely.

How has the campaign been in Chile in recent months?
In my view, it was a rather poor campaign, focused on disqualifying the opposing candidates rather than aiming at proposing a serious program.
What are the most important issues the country is facing right now?
The people do not have a lot of trust in institutions, politicians, businessmen, and the Church, without recognizing the significant progress that the country has achieved in education, in health, in transparency, etc. In Chile, the rate of schooling is very high, and, incredible as it may seem, life expectancy is higher than that in the United States. Yet no one wants to place their trust in another and accept that another person would represent them.

At the same time, something new has come up in the Chilean political landscape. I am referring to the Frente Amplio and the candidacy of Beatriz Sánchez. Even she couldn’t give a jolt to the apathetic Chilean electorate?
That’s how it is. Beatriz Sánchez represents the newer movements, quite distant from the traditional Left. There are quite large differences between them, and for that reason Sánchez is unable to unite even the groups furthest to the Left.

You said Pope Francis was not coming to Chile because there were problems there. Have they been resolved?
There is a problem with the group of followers of the priest Karadima [accused of sexual abuse against minors and whose case has given rise to a massive scandal in the country]. The Pope supported one of the bishop who is from this group, so some consider that Francis is supporting a person in contradiction with his own push for reform.

Are you telling me that the Pope is supporting someone in Chile who is against his program of reforms?
I’m only saying that, when you get down to it, that’s how many people see it. Not the Pope, because he probably thinks that an innocent man is being condemned because of the accusatory atmosphere in my country. I do not know if the Pope has all the information available on this situation, a complex one that is part of the Chilean reality.

But in the end, Bergoglio will finally visit Chile.
We are preparing to welcome him, and criticism is coming out in the press about the cost of his visit. Although most of the people are waiting for him with great hope. Chile recently opened itself up to immigration from other Latin American countries. We also received a hundred Syrian immigrants. It is important that the Pope support us in our efforts to welcome those in need. Then, we also have a very serious problem, the one regarding the Mapuche. The Pope will probably speak about this situation, which is crucial for our country.

On the part of conservative Catholics, the Pope stands accused of straying from the right balance that is said to be necessary for the government of the Church.
I know the Pope and I was his friend, we are both Jesuits. I was Superior in Chile while he was Superior in Argentina, and we had many opportunities to meet and collaborate. When I see the resistance he is stirring up, as a sociologist, I cannot but analyze it. Those who have read the epistle of St. Paul to the Galatians know about the resistance in the early Church against the introduction of the changes that Jesus wanted to bring to the Jewish religion. Those who were in opposition were themselves Christians, and St. Paul had to write this very strongly worded letter so that they would accept a path of mercy and openness, looking to the future. This situation is recurring in a very similar way today. The world is moving forward, and the Church cannot turn back. The Pope is pointing to the right path. Changes in the Church, as we already saw with the Council of Trent, do not happen from one day to the next. The change introduced by the Second Vatican Council is irreversible, but some time will need to pass before its message will be fully accepted. The pope is bringing a Gospel that is open, incarnate, merciful, in dialogue with society. The Catholic Church is universal, and we must learn to enter into dialogue with all cultures if we want to be truly faithful to Jesus.

Do Chileans see themselves in the Pope and his work as a reformer?
The vast majority do. As for his next visit, we have to make an effort at humility, and not think that it’s the others who need to be converted, but that we all need to be converted. The Chilean Church as a whole, all the bishops, they must ask themselves whether they are living in this spirit. We must make this an opportunity to analyze the situation in which we find ourselves. Not so that others might change, but so that each of us might change. And that is the correct doctrinal line that Bergoglio is teaching. In Chile, the Church has lost much of its credibility from the times of Cardinal Silva, because it moved away from the model that he had implemented, of a community in the service of humanity and human rights. The visit of Pope Francis can be an opportunity to make it possible for the Church to regain that credibility once more.