"Dream of Venice Architecture" is a journey through the Venetian urban landscape, in search of those features that make it a city unique in the world. ytali discussed this with JoAnn Locktov, principal of Bella Figura Publications, publisher of the volume.
MANUELA CATTANEO DELLA VOLTA 7 Gennaio 2018

Forget your usual San Marco with Palazzo Ducale, forget the Basilica’s horses galloping towards the square, get out of your head the picture-perfect Venice you can find on postcards as well as clichés such as “The Lagoon as you have never seen it before…” “Dream of Venice Architecture” is, after the first volume, another – different – perspective on a Venice, which is beautiful without being banal, true to herself and without prejudices, unique despite belonging to everybody.
Because that’s exactly the goal of Bella Figura Publications:

This collection of books is my personal research – says JoAnn Locktov, publisher – an investigation into helping us understand and appreciate Venice. The city is fighting for her survival. I feel it is imperative to show her relevance to our contemporaory lives, or she will no longer exist as a living city. I wanted this book to demonstrate how Venice inspires us now. Her architectural magnificence may be rooted in the past, but it transcends generations. 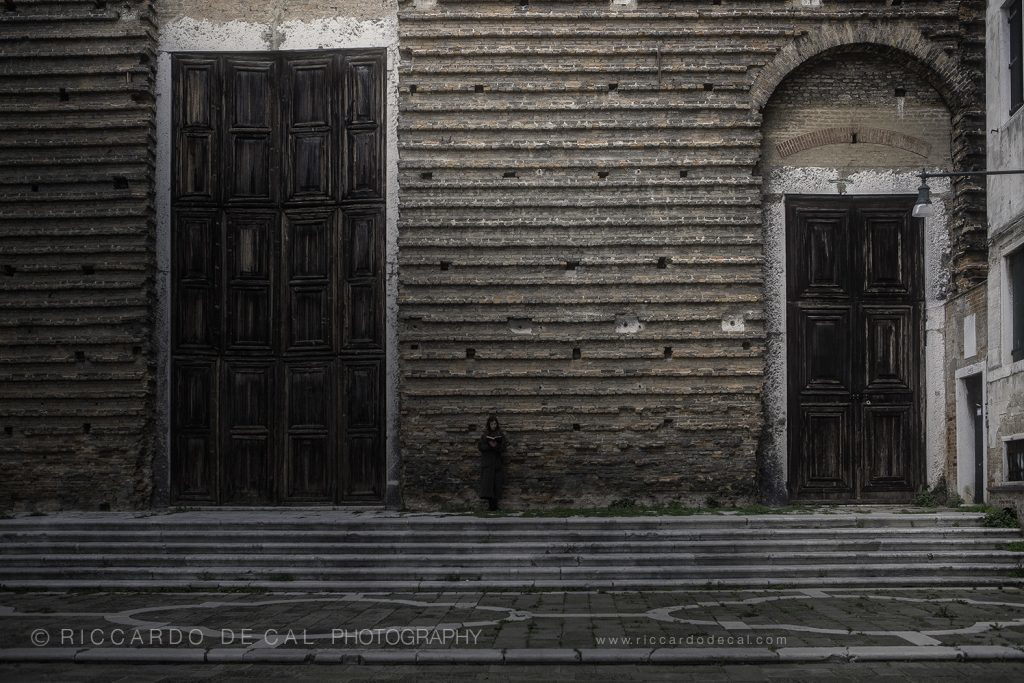 Locktov started with “Dream of Venice”:

Locktov started with “Dream of Venice”:

My shelves are filled to bursting with books on Venice. However I met Charles Christopher and when I saw his images I realized that he had a unique sensibility. It had nothing to do with the cliché that we’ve witnessed thousands of times before, but everything to do with a darker, more intimate vision. We decided to complement his photography with words from contemporary writers. I was not interested in looking with nostalgia to the past, but to the delve into present. We have a wonderful array of Venetophiles that contributed their thoughts about the city, from the American poet and author, Erica Jong to the British film director, Nicolas Roeg. 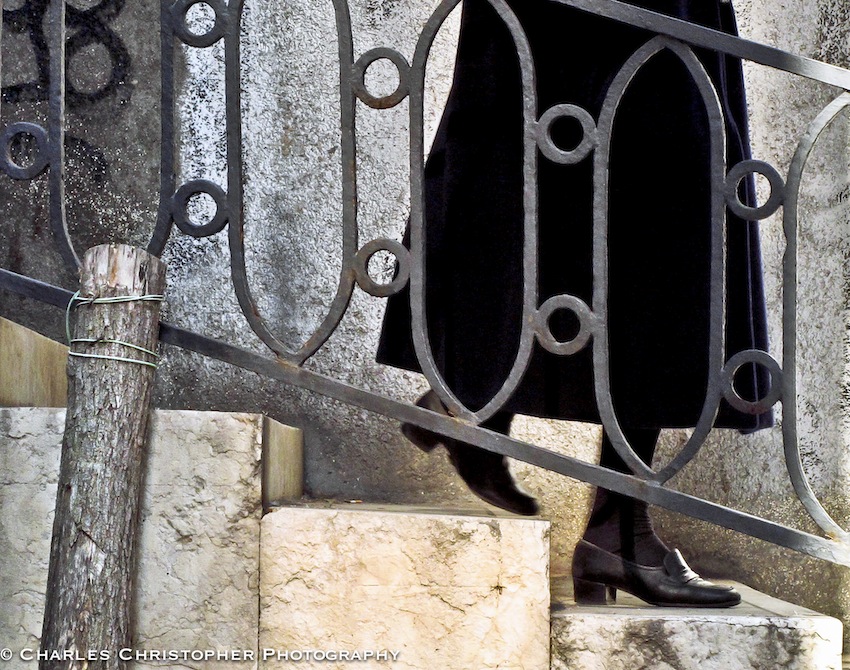 That’s how the first dream was born.
With the second volume, the imagery connected to literary sensations was focused on the architecture of Venice, this time with an eye to the many suggestions of reality. 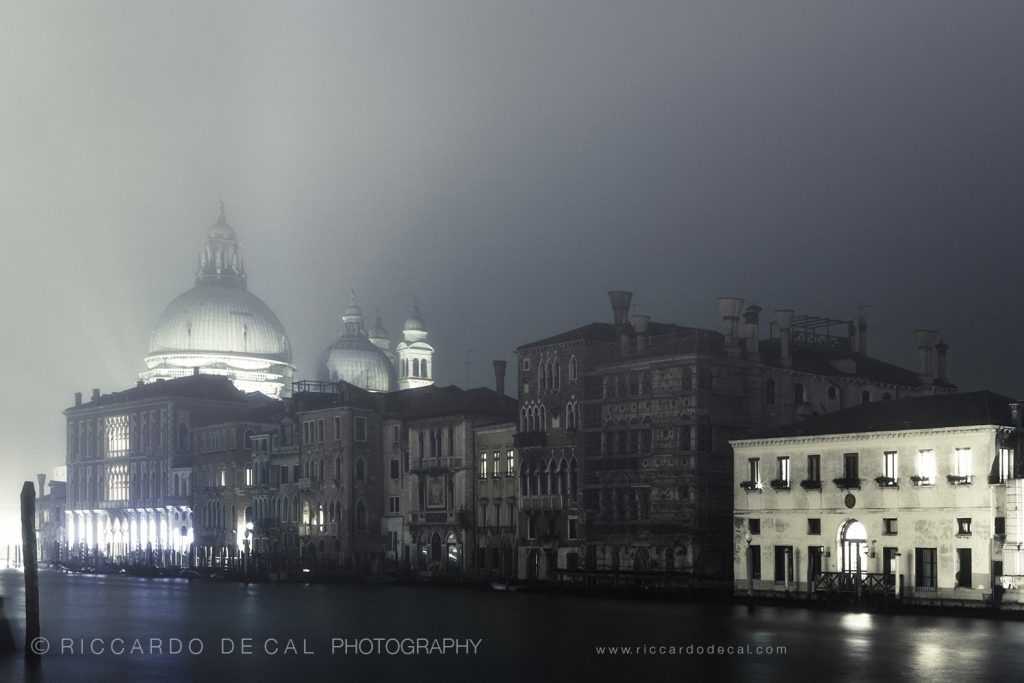 I met JoAnn in very particular place: the Brion Tomb by Carlo Scarpa – tells photographer Riccardo De Cal, author of the photos -, in occasion of a meeting of the closest circle of Scarpa’s scholars, occurring every year since 1978, on the anniversary of the Professor’s death. JoAnn already knew my movie,”Memoriae Causa.” As soon as she told me about the second book in the series “Dream of Venice”, I felt we were on the same wavelength. 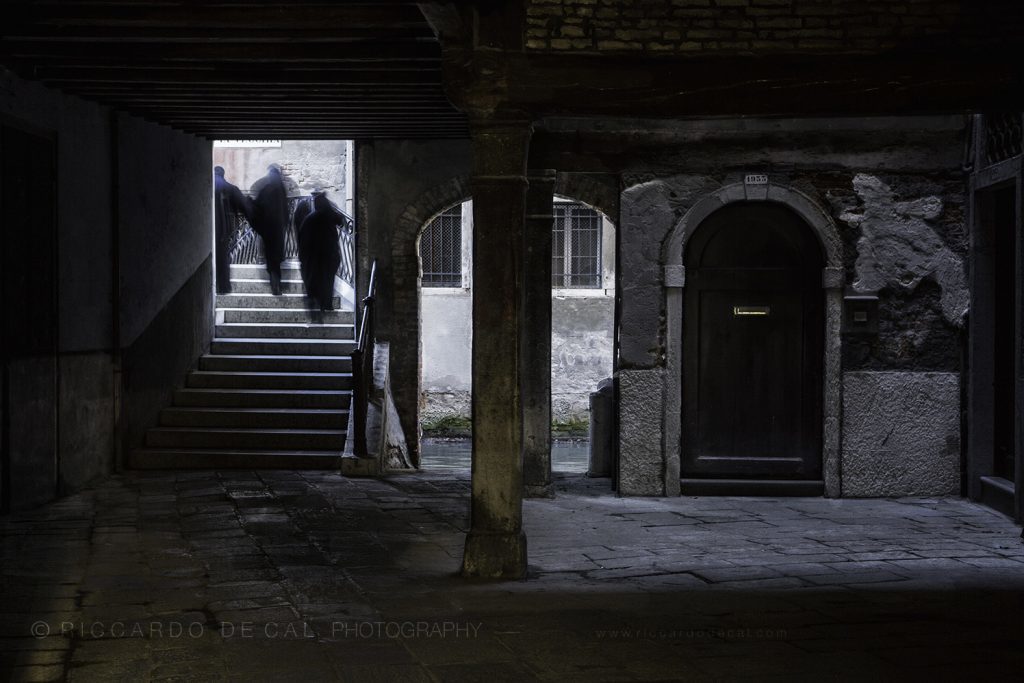 For “Dream of Venice Architecture” I researched in concentric circles — explains Locktov — much like the onion Richard Goy discusses in the Introduction. I first started with architects who had built in Venice: Tadao Ando, Annabelle Selldorf, Valeriano Pastor, Michele de Lucchi, and Mario Botta. Then I researched the Architecture Biennale particpants like Massimiliano Fuksas and TAMassociati. Riccardo de Cal had several wonderful suggestions like Enrico Baleri and Shun Kanda. I identified architectural critics and writers, like Richard Goy and Jonathan Glancey. Since my interest in Venice has existed for awhile I was familiar with various architects who had a strong relationship with the city, like Max Levy and Witold Rybczynski. I was aware of the architect Guido Pietropoli because of his beautiful writings on Carlo Scarpa, with whom he worked for ten years. Guido is actually the only contributor in both of my books.

I included Guy Horton to show the power of the city. Venice has an extraodinary capacity to infiltrate our psyche, even for people who have never actually physically been. I wanted this book to add layers of awareness about Venice, no matter if you have visited 20 times or not once. Guy’s experience adds a distinct layer. 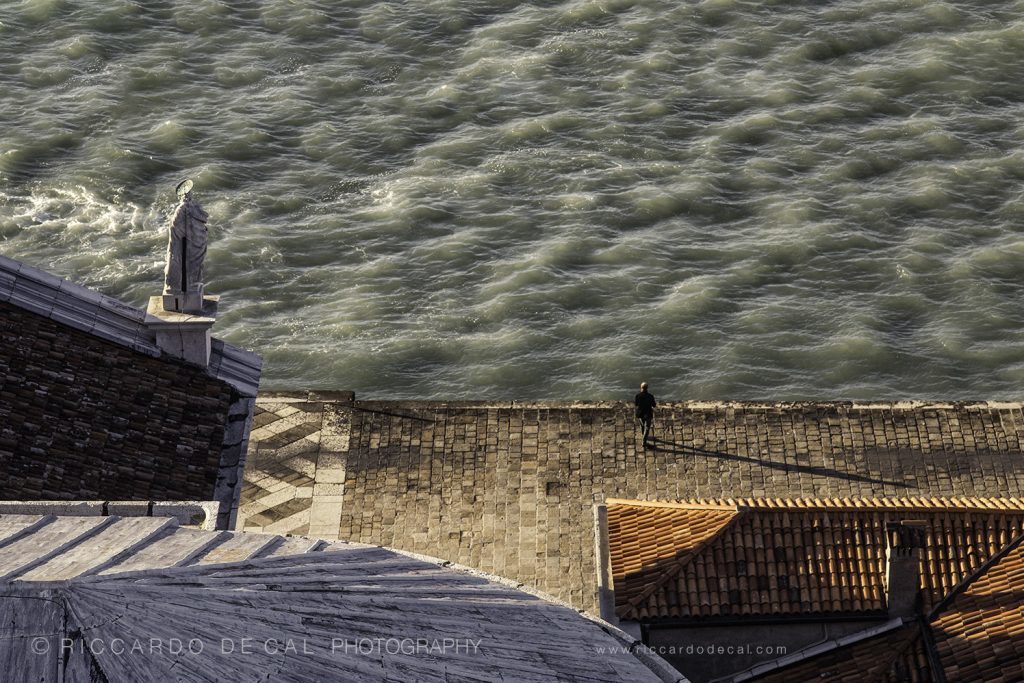 It’s the image, which evokes the text, or is the text that suggests where to point the camera?

I basically first read the texts, and then I took the pictures – explains De Cal -. It was essential to understand first what were indicated by each author of a text, then reinterpreting them according to my vision. It happened in certain occasions when the author spoke more generally about the city that particular shots first meant for a text, proved to work better when coupled to another: in those cases, we did not hesitate to follow our instinct.

Every comment underlines a particular place in Venice, evokes the architectural lines of a building or the detail of a location. All suggestions to see Venice with different eyes, but especially to “reread” her it happened even to De Cal, who tells the following story:

The text that most made me think, not necessarily in relation to the matching picture, it was the one by Massimiliano Fuksas: it made me think about Venice from a point of view I never considered before, that is, the one of geography and landscapes, he also quotes an author very dear to me, Fernando Pessoa. Instead. a place I am quite connected to, in particular, it’s the crypt of St. Zechariah’s Church: when the tide rises, the Church is flooded, every day. I remember that this event made a significant impression on me, when, still a boy, I visited the church. The feeling that all those columns and those vaults are arising from the water, in the silence of the tomb, is compelling.

And equally compelling is every single image taken by De Cal. Venice is purely beautiful, without ostentation or artifice of sorts.

Apparently, it so easy to photograph anything in Venice – tells the photographer -. I say apparently because it’s actually the opposite: to PROPERLY photograph anything in Venice is indeed very difficult. When I talk about taking good pictures, especially about architecture, what I mean are straight lines, convincing perspectives – but I especially distanced myself as much as possible from everything I thought I knew and seen about Venice, since childhood. I can say for sure that, if it’s easy, either something is wrong, or we are barely scratching the surface. 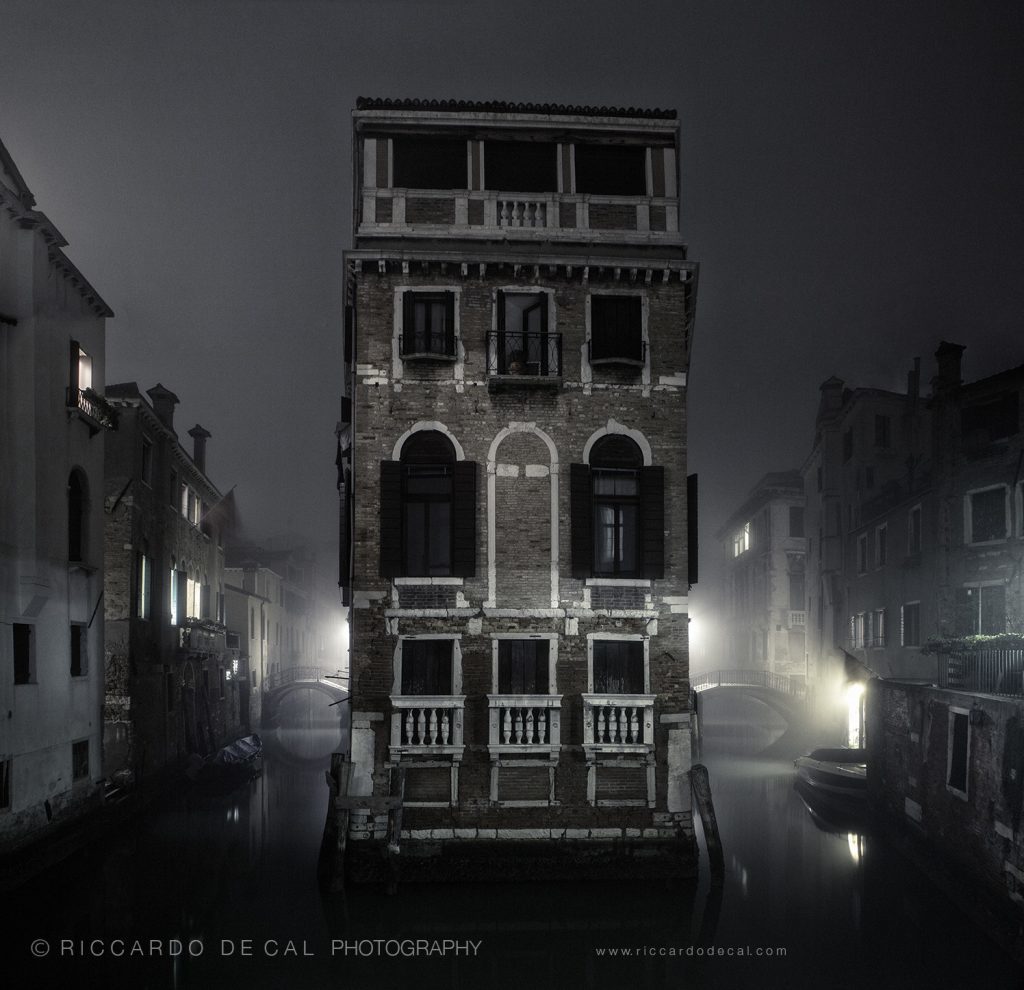 One of the 37 professionals who described their architecture in the lagoon is Vincenzo Casali, an architect who has been working and living in Venice for over 35 years:

A Venetian must never forget that Venice will survive him – says Casali – and that it will renew itself becoming first of all different from the idea that every Venetian has of a personal Venice, a fetish that fortunately does not exist in real life. Like many other places, Venice is changeable, but unlike others, it’s so full of energy that it absorbs and transforms change. The energy comes from its – also anthropological – complexity, besides the spatial and architectural ones. I still remember my first impression, when I visited Venice as a child: I was with my parents and my grandfather, who lived in Pavia because of the war, but actually was from San Donà di Piave, and Venice was his city: I remember his eagerness to arrive. There was even a boat strike, and in some cases, we traveled on boats sailed by Italian army personnel – basically by soldiers. Venice has the merit to always be herself. Her worst flaw, due to the times and not to the city itself, it’s the unbearable tourist flow, and to have become just a beautiful scenography and primarily a dead town,

My relationship with Venice? I feel like a grateful tourist,

explains JoAnn, who is working with the inspiration of Gianni Berengo Gardin on the third book of her series Dream of Venice in Black and White:

I became fascinated with the work of Gianni Berengo Gardin when Brugnaro canceled his “Venezia e le Grandi Navi”exhibit at the Ducal Palace in 2015. Prior to the exhibit, which eventually took place at Olivetti, I was aware of his work but only on the periphery of my mind. I have always loved black and white photography, for its raw honesty and elegance. I want the third book to document Venice, as she exists at this fragile point in time, without the distraction of color, which encapsulates the philosophy of Berengo Gardin. Unlike the first two books, which each had one photographer, I decided to have an open call for submissions, so that many photographers could participate and we could experience Venice through their eyes and hearts. The marvelous Venetian author, Tiziano Scarpa, is writing the Introduction. With every book I collaborate with a not-for-profit. The organization receives a percentage of the proceeds from each book sold. For “Dream of Venice in Black and White”, it will be the Ikona Gallery founded by Živa Kraus. The publication date is September 2018. 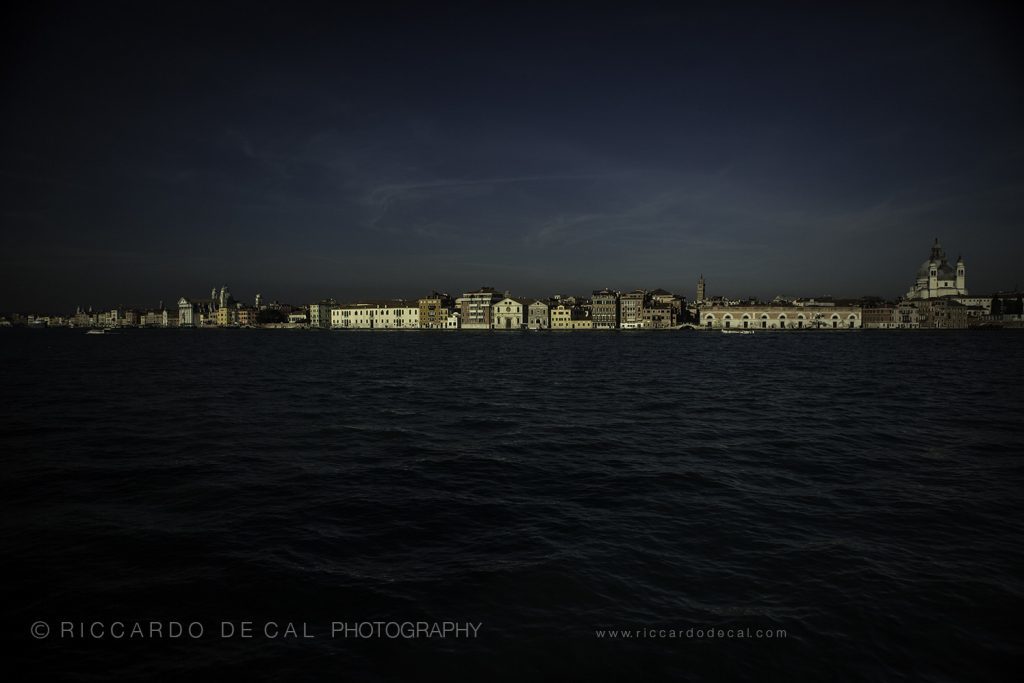 For now, Venice continues to make us dream through Scarpa’s projects, the architectures that can be admired from the fields, the intricate patchwork of the balconies overlooking the lagoon, confirming in every image to be “a legend in her own time”, in the words of JoAnn Locktov. Our present, our legend. 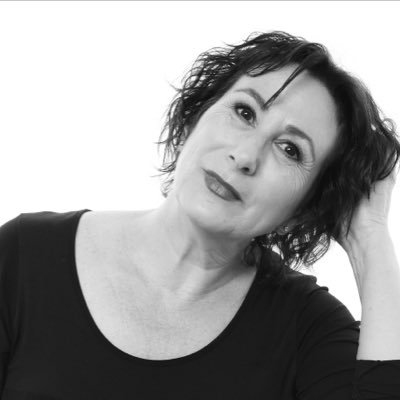 (The series of books “Dreams of Venice” is available only in English and is distributed by IGP in North America and by Gazelle in Europe. The books are also available on Amazon, Book depositary, etc., and in several libraries. They are available at Querini Stampalia’s Q Shop and Libreria Studium in Venice.) 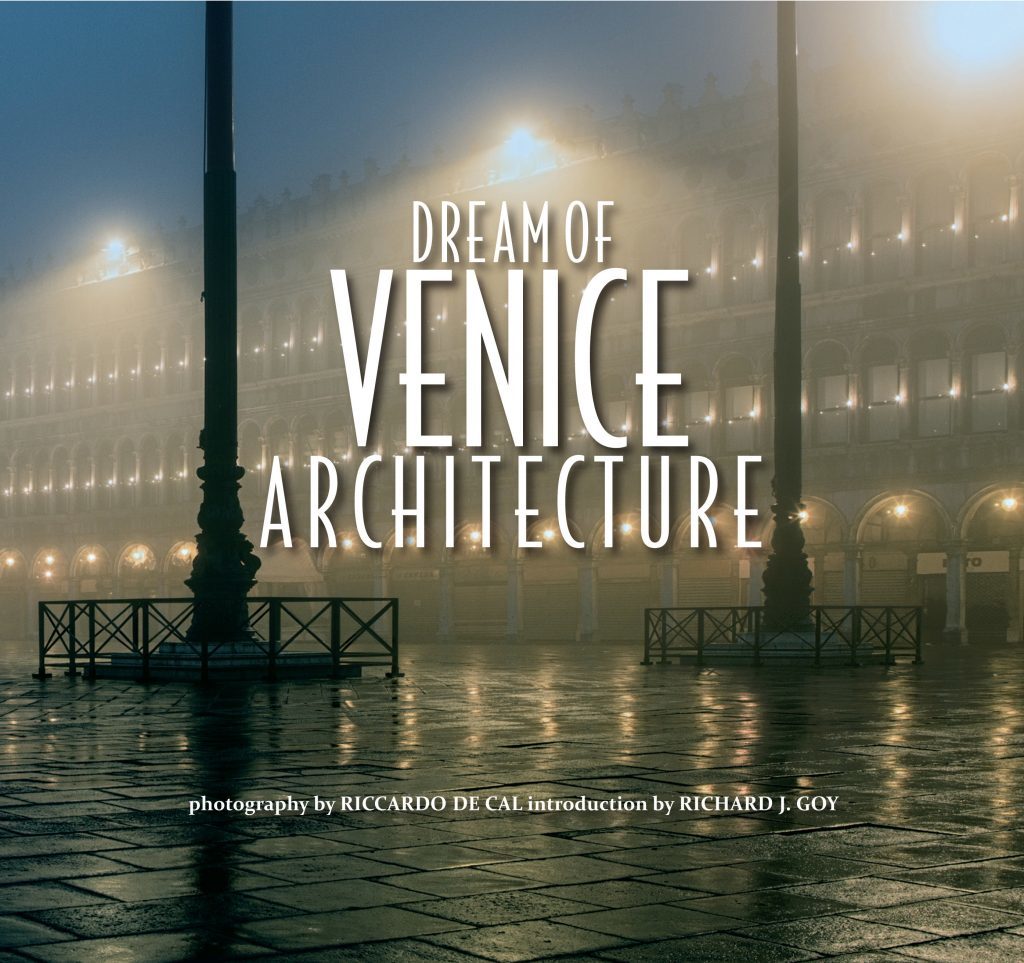 Veniceness. The soul of a unique city

I, “hack intellectual”, thank the mayor of Venice

Grazie mille Manuela, for this extensive review about my work, methodology, and the incredible talent that I am so fortunate to collaborate with on my book projects. Your support is meaningful to all of us.