Rachel Spence. The grace in poetry, poetry in grace

"When I was living in Venice that I was writing reviews of Renaissance art and these extraordinary paintings kept demanding a kind of attention that wasn’t appropriate for a newspaper article. I had all these words and phrases and ideas that had nowhere to go. So they found their way into poems"
scritto da MANUELA CATTANEO DELLA VOLTA 7 Maggio 2018 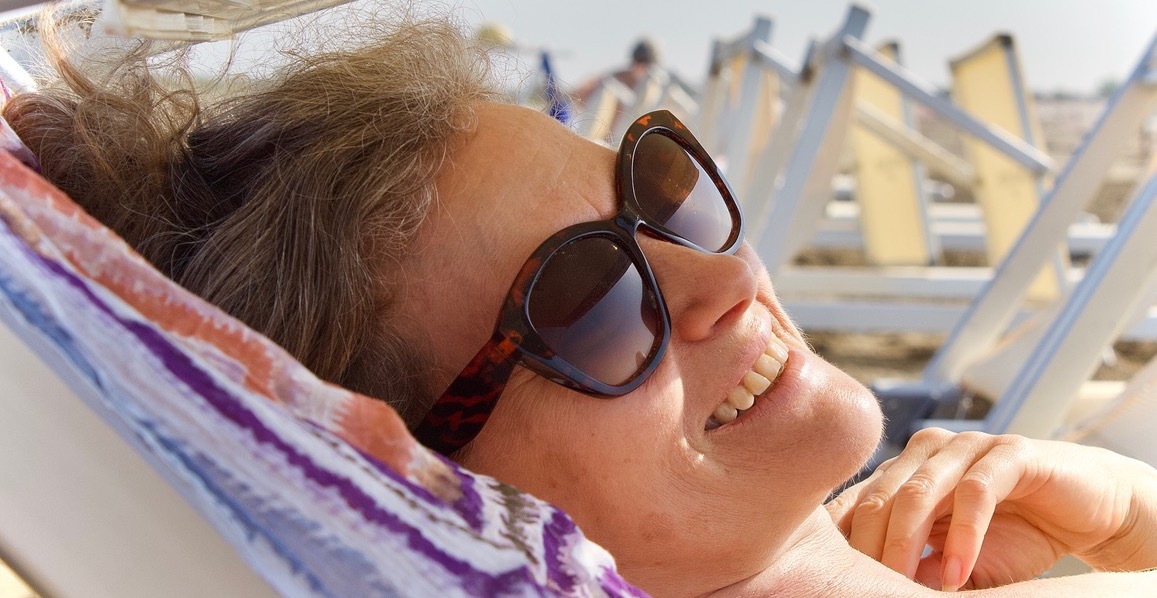 In 2011, Rachel returned to the UK to live and work, but Venice is in her heart as much as London, and she finds any excuse to return as often as possible even if it’s just for a few days.

If that happens to be the presentation of her second book of poetry, “The Bird of Sorrow”, Rachel is delighted, and feels at home.
We meet at the Lido, because the day is perfect for looking at the sea, and also because to talk of poetry with the waves as a soundtrack is good for the soul.

How did you begin to write poetry?
I think I began like many poets as a child. I was always reading and my mother introduced me to poetry through a Child’s Garden of Verses by Robert Louis Stevenson – which was a classic collection for children. In high school, I had a fantastic English teacher, Mr Weeks, who gave us poems to write as homework and was always encouraging.

How much does your work as a journalist overlap with your poetry?
A lot! When I was living in Venice that I was writing reviews of Renaissance art and these extraordinary paintings kept demanding a kind of attention that wasn’t appropriate for a newspaper article. I had all these words and phrases and ideas that had nowhere to go. So they found their way into poems. Also, the more I read and talked to visual artists the more affinity I found with their way of experiencing the world – oblique, inward, yet also quite turbulent. Their media was different from mine but that need to express this inward sensation was very similar. Also reading about artists gave me the confidence to take more risks with my work because I realised that they all seemed to feel scared and inadequate all the time even when they were brilliant! Right now, however, I am on a slightly different track with my poetry so art is a bit less present.

Have you studied poetry? If so, when?
Yes, over 2016-2017, I took two courses at the Poetry School in London with Mimi Khalvati who is a fantastic British poet of Iranian origin and also an incredible teacher. She gave me invaluable advice about editing and also how to use formal metrics. It’s very hard to find anyone who can teach formal techniques. I’m still in the foothills with it but at least I know what to aim for!

And how much instead does poetry influence the way you write about art as a critic and journalist?
That’s a good question. I would say that it increasingly it opens my eye to my mind. By which I mean, the more poetry I write, the more I trust that poetic rather than purely critical instinct to find the ‘truth’ of an art work.

Last summer, to my delight a wonderful painter called Vicken Parsons asked me to write a text for her catalogue with my “poet’s head” rather than my art critic’s head. It was quite brave of her and I was nervous but the text that came out is I think far more illuminating than if I had simply approached her from an art-historical perspective. In the end, I quoted many other writers and poets and almost stitched the text together from their words. In the process I discovered a huge amount not only about Vicken’s painting but also about other painters and artists. Now, more and more, that poetic voice is infiltrating my journalism. If I land on a surreal metaphor, for example, I’ll often keep it in these days whereas before I would have discarded it as too bizarre for newspaper writing.

I’m very lucky to have an editor who loves poetry and literature and seems happy if I write in a different style. But there are always strong parameters with journalism and art criticism that you have to respect and that too can be very useful because it keeps you tight and disciplined.

What would you say is the principle difference between poetry and prose? Or rather, did you start with prose in order to approach poetry?
The answer is both simple and complicated. Mimi Khalvati devoted a lesson to this question and after we had all said things like ‘poems are more mysterious’, ‘poems are a space for contradiction’ ‘poems depend on rhythm’, she explained that for her the only real difference is line breaks. The poet breaks the lines deliberately whereas in prose they just run over. Of course now, many poets are not even breaking lines, they are writing in epigrams, or even quite long blocks of text. (Mimi doesn’t think this is poetry, which is quite controversial).

On a less concrete level however, I think poetry for many of us as both readers and writers a space where we can allow our natural sense of wonder and mystery at the world to breathe freely.

My inner world, and much of my outer world, is full of contradiction, uncertainty and paradox. It’s fractured, unfinished, incoherent, topsy-turvy in its sense of space and time… at least if you judge it against the ideal of a linear, rational narrative. I think that often linear reason is the fantasy however and the unpredictable, irrational and unprovable is more real for me.

Poetry is the place where the inexplicable is expressed and no-one tries to resolve it. They just let it be. Also you are allowed to reveal how beautiful it is. 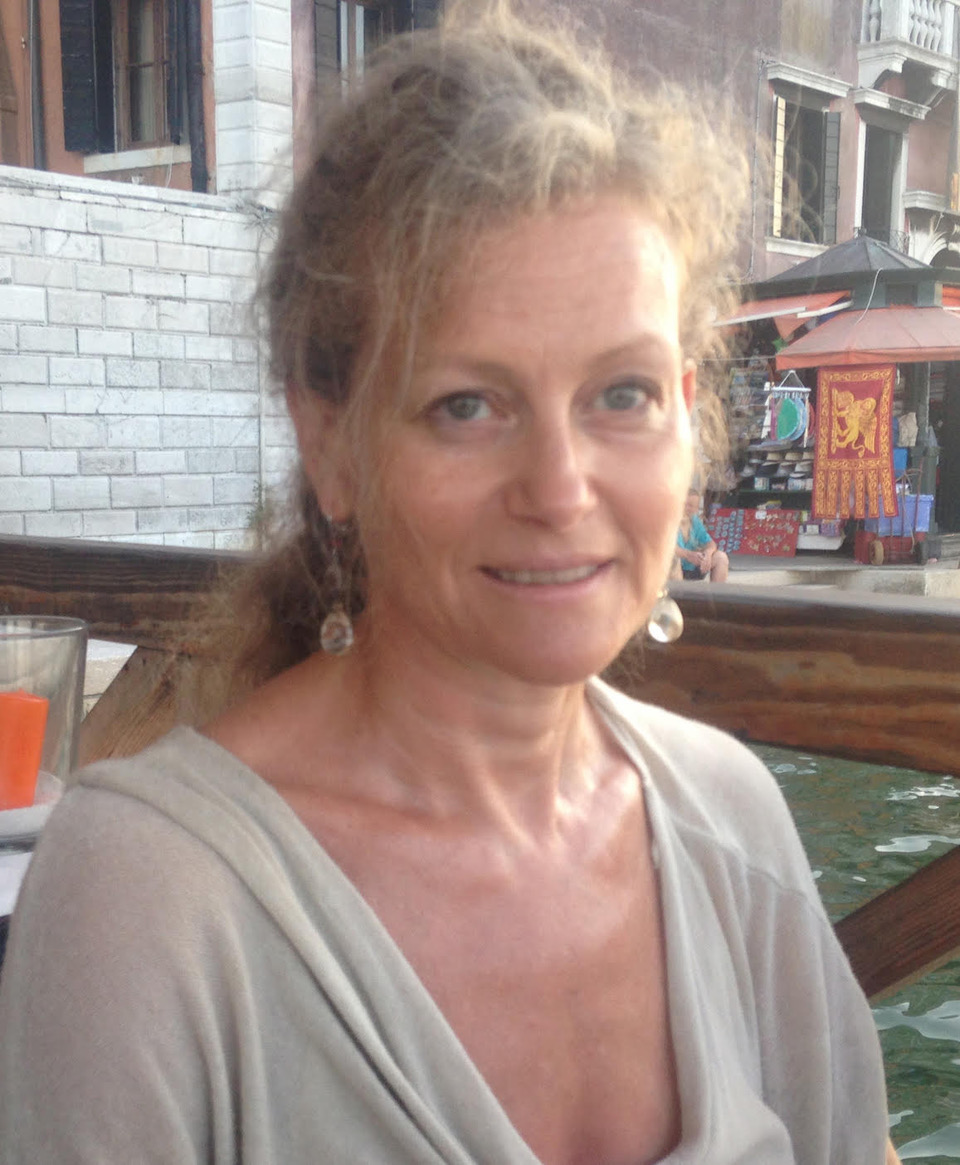 The poets who have most inspired you or who you have discovered recently that are essential to you? Or a new poet who you musnt’ miss?
This list would fill your magazine! But, briefly, Michael Ondaatje, Mimi Khalvati, Adrienne Rich, Dionne Brand are the poets I can’t really do without having close by. My most recent ‘discovery’ – though she’s incredibly famous – is Jorie Graham. Her recent work is mind-blowing. Also Alice Oswald is increasingly relevant to me, particularly the courage with which she wrote an entire poem, Dart, in the voice of a river.

What does it mean to be a poet and lead a normal life? How do you reconcile the tension between the poet, who sees material reality from a distant world which allows them to describe that reality with a concision and sensitivity others can’t achieve, and the experience of living in that material reality as well.

I’ve never quite thought of it like that! But I like the idea of being on distant planet and seeing the real world through a kind of poetic telescope. Honestly, however, much as I do feel quite detached from much of the material world I also thoroughly enjoy being present in it. I love the people in my world, the books in it, the landscapes, my daily work as a journalist. As for the rest, like everyone else, I try to ration my exposure to the darkness of politics, social media etc. I do my best to stay in the light, be grateful for those who give it to me, and try to create a little of my own every now and then.

Meditation, prayer and yoga are essential to this. Also being vegetarian (vegan when I’m at home). They are daily practices, just as much as writing poems, and without them, the darkness would be a lot blacker!

How do you write? Do you have a ritual? A time of day?
Yes, absolutely. The core of my poems emerge early in the morning, always in longhand, after I’ve meditated and read a few pages of whatever books I’m reading – poetry, science, art, it varies – and before I’ve turned on my computer. I listen to early choral music – Gregorian chant, for example – and just try to stay open to let some voice that seems to be outside me come in. It can also happen in the middle of the night, and between the state of waking and sleeping at dawn.

The business of editing happens usually at the same time, early in the morning. I write out the poem dozens of times, always in longhand, always reading it aloud as well. Only when I feel it’s exhausted do I move to the computer. And then the process begins all over again because the line breaks always look different in typescript.

But once it’s on the computer I’m a bit more fluid. Sometimes I’ll suddenly see how to edit a poem when I’m immersed in writing an article. That’s very exciting! Like an unexpected gift…

The journey towards publication?
Rejection, rejection, rejection! Seriously, a lot of dry ‘no, thank yous’, then some ‘nearly, come back to us with new/edited work’ which were frustrating but also encouraging. Alex McMillen at Templar Poetry was always enthusiastic and accepted a few poems for his anthologies. By then I knew that I was going to go on writing even if I never published anything. It made me feel sane when nothing else did.

Then I took my first course with Mimi which was where I learnt essentially how to cut my work and trust that strange, disembodied voice. I also did a one-day course with Mario Petrucci, a very good poet, about how to publish a pamphlet and he said: “You’ve written it. Don’t change anything. Just send it off.’ Then it all happened quite fast because Alex at Templar took my pamphlet and within a year he took my collection, which amazed me.

But I still get lots of rejections! It goes with the territory. I try to see it like yoga – it’s not about achieving the pose, it’s about the practice. The grace lies in your effort. Your devotion. 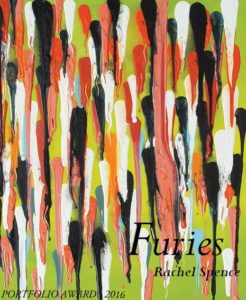 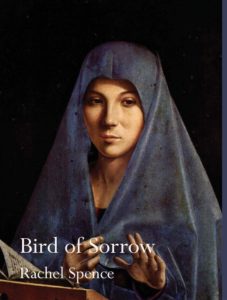 GhOsN with the wind. Fuga dall’ingiustizia

Quando erano i siciliani a sbarcare in Tunisia