“The sky in which we learned to fly”

The arrest of Shahidul Alam, an internationally recognised Bangladeshi photojournalist, has outraged the world community. His crime? An interview on Al Jazeera in which he criticised the Awami League government after student protests in Dhaka saw youths beaten by government supporters while the police remained passive.
scritto da RACHEL SPENCE 24 Agosto 2018 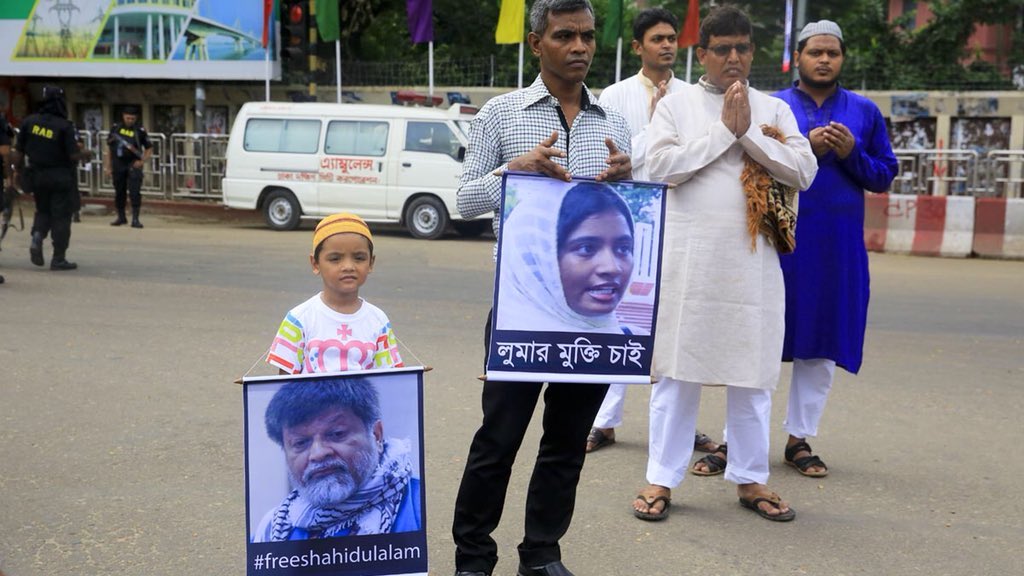 Sharon Stone, Noam Chomsky, Arundhati Roy – the rollcall of elite names who have called for the release of incarcerated Bangladeshi photojournalist Shahidul Alam speaks volumes for the integrity and briliance of this most singular of men. Yet most evocative perhaps is the encomium from Kolkata photographer Ronny Sen who described Alam to a journalist from Frieze magazine as “the sky in which we learned to fly”.

Alam is currently in prison in his native Bangladesh. He was arrested on 5 August 2018 under a draconian, catch-all communications law by 30 policeman who dragged him from his home by force. His crime? An interview on Al Jazeera in which he criticised the Awami League government after student protests in Dhaka – kicked off by the dangers posed by the capital’s infamously lawless traffic – saw youths beaten by government supporters while the police remained passive.

Since then, the world watched in horror as cellphone footage showed Alam – the gentlest of men, as well as a fearless, precise journalist – manhandled from his prison cell by a crowd of policemen. As they hustled him, barefoot and limping towards the courtroom, he turned and shouted to a watching crowd:

I have been assaulted. My bloodstained shirt was washed and put back on me. I was threatened that if I didn’t testify as they directed, I would be further …

His unfinished sentence made it clear that obedience was the only defence against more torture.

Now he is being held in jail awaiting a court hearing for bail on September 11. His 7-day remand in police custody was abruptly shortened by one day so that he could be sent to prison without his lawyer present. While he remains in his cell, the Awami League and their supporters have begun a campaign to blacken his name on the internet.

Luckily, Alam is beyond slander. A virtuoso journalist, an imaginative reporter since his youth, he has been covering current affairs in Bangladesh for nearly five decades. From the war of liberation of 1971, through government death squads and disappearances, calamitous floods, garment factory fires and most recently the Rohingya refugee crisis, his oeuvre – often shown in art galleries and museums as well as newspapers such as the New York Times – has been a testament not only to the chiaroscuro of his fledgling country’s history but also to his own selfless, humane expertise as a photojournalist devoted to speaking truth to power. He once said of journalism that if

you were not making someone uncomfortable then you are not doing your job. 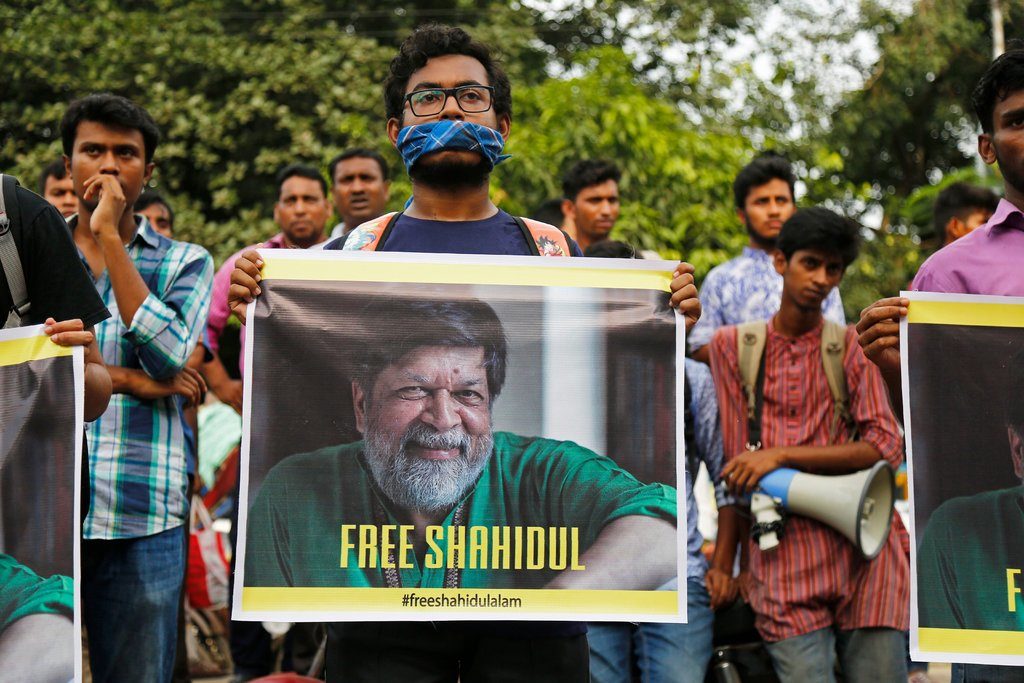 As well as his own work, he was responsible for bringing email into Bangladesh, for setting up two picture agencies Drik and, more recently Majority World, and for starting an acclaimed school of photography, the Pathshala South Asian Media Institute, that has trained two generations of south Asian photojournalists. Pop Alam’s name into Instagram or Facebook right now and you will be plunged into a chorus of impassioned praisesongs by his disciples, friends and admirers calling for his release.

Their voices are just one wave in a tsunami of coverage by the world’s press. From the New York Times to the BBC and Al Jazeera, news desks across the globe are chronicling Alam’s situation day by day. Every time they write of his plight, they denounce the Bangladeshi government for failing to liberate him.

Bangladesh Prime Minister Sheikh Hasina would do well to listen. For if she holds Alam any longer the tragedy will extend beyond his personal story to her own country’s reputation. After struggling to position Bangladesh as a secular-minded democracy that stands in resistance to Islamic terror, her treatment of Alam reveals her instead as strategist of terror in her own right. The longer he is held, the harder it will be for Bangladesh to win international respect again. 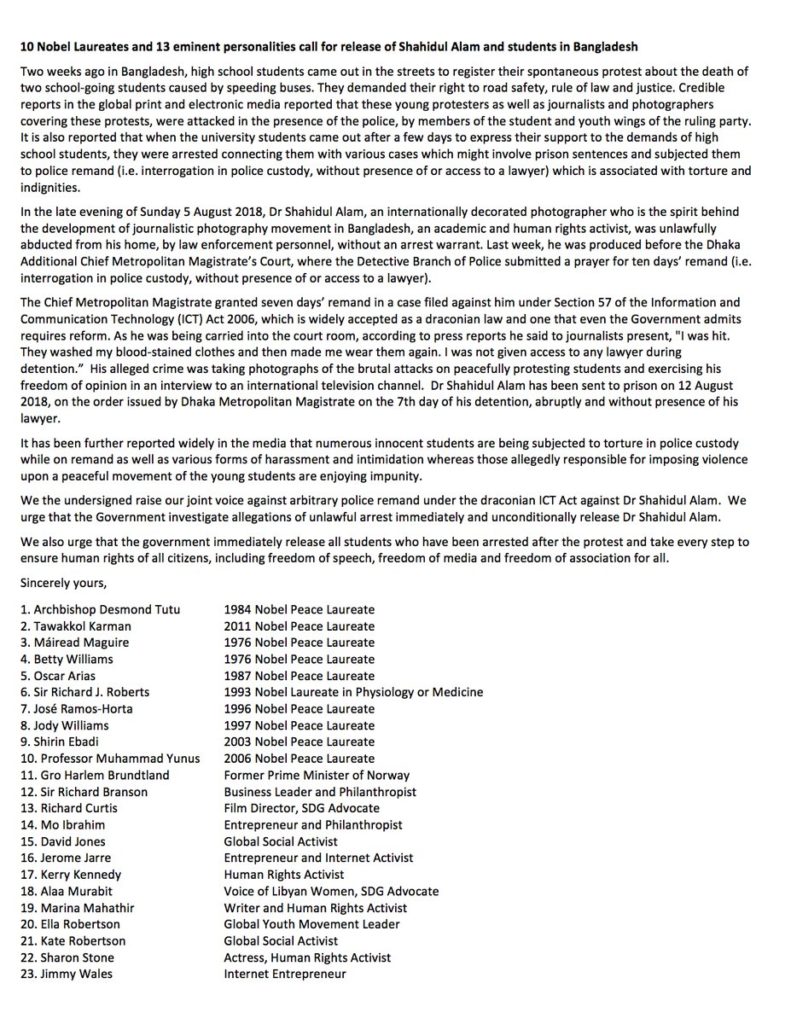 Rachel Spence is a poet and arts writer. As an art critic she writes primarily for the "Financial Times" and "Art Quarterly"