“In much of the continent people are becoming increasingly impervious to change and reforms and they are only seeing a lot of negatives”, argues the American professor
scritto da MATTEO ANGELI 26 Gennaio 2019

For a long time, there seemed to be no alternative in the way the process of European integration unfolded. Now an alternative is there and it is the worst possible scenario, with the rise of populist, far right-wing parties who champion for a xenophobic welfare state.
Could have the governing parties acted differently? We asked it to Sheri Berman, professor of Political Science at Barnard College, Columbia University. Her research interests include European history and politics, the development of democracy, populism and fascism, and the history of the left. She is the author of several publications, including “The Primacy of Politics: Social Democracy and the Making of Europe’s Twentieth Century” (New York, NY: Cambridge University Press, 2006) , “The Social Democratic Moment: Ideas and Politics in the Making of Interwar Europe” (Cambridge, MA: Harvard University Press, 1998) and “Democracy and Dictatorship in Europe: From the Ancien Régime to the Present Day” (Oxford, Oxford University Press, 2018). 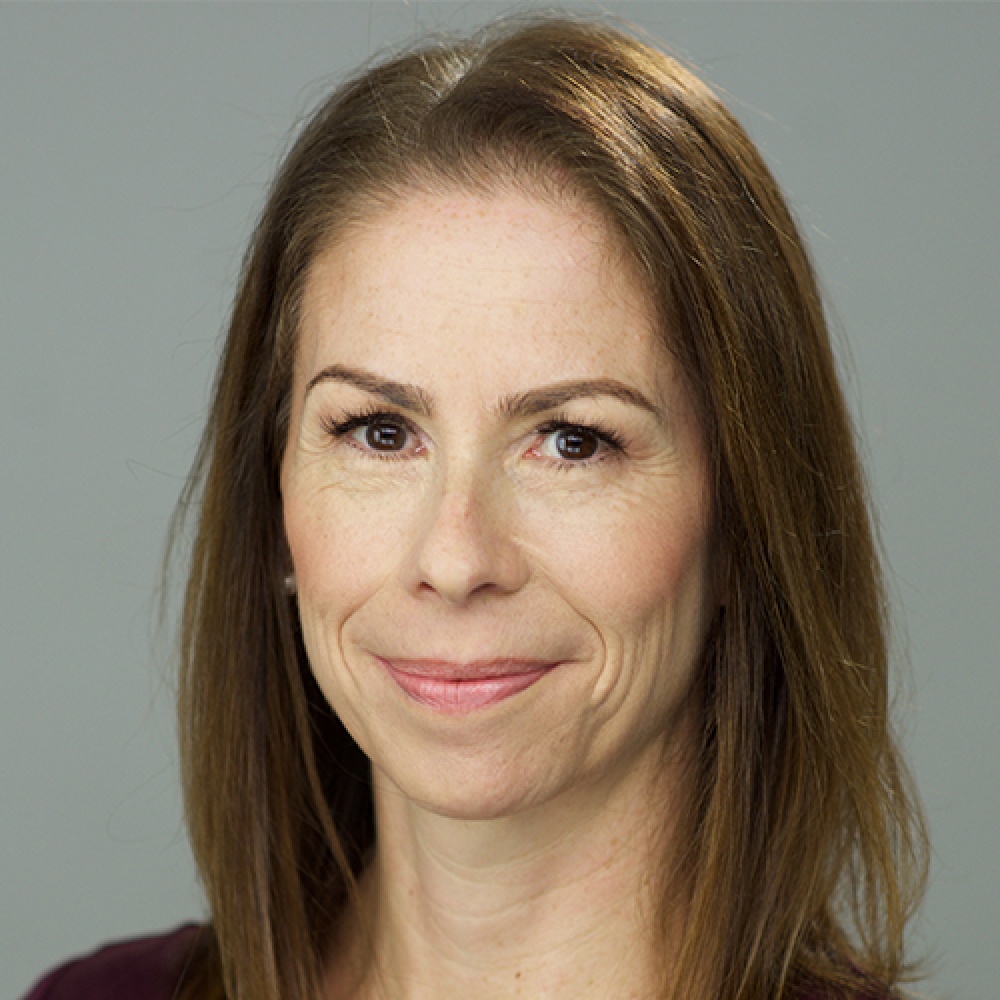 Professor Berman, you have said that the rise in populism is the most pressing problem facing Europe today. You linked the rise of populism to the decline of social democratic parties, of which there have been various examples in the last decade. Do you think they were all a failure or is there something that can be saved?
Part of the problem is that social democrats lost a lot of their distinctive programme and appeal by the early 21st century, primarily in the field of economic policy, where a kind of neoliberal hegemony developed in the late 20th century. This tendency was accelerated by the fall of communism and embedded itself not only within those parties but also in the European Union and in other international organisations.

Particularly after the financial crisis hit, and European citizens became angry and frustrated by its consequences and, more generally, with the fallout of market deregulation, the mainstream or social democratic left, was no longer an outlet to deal with this anger and frustration. Many people, particularly in the left’s traditional working-class constituency, began fleeing from these parties and were then captured by a populist right that strategically moved into the space left behind by social democratic parties. These became vociferous champions of reining in the market and protecting the welfare state, but married these promises to chauvinism and xenophobia. So, according to these parties, the best way to protect citizens was to exclude all those interlopers from access to precious resources.

Lacking a distinctive economic appeal, the left was reduced to trying to appeal to these voters on the basis of cultural and social issues and so moved even more to the left on these issues, just as the right moved further right on them. So, you began to see this weird shifting of the political and party spectrum where you now have populist parties with nativist, xenophobic welfare state appeals and the social democratic left which champions a cosmopolitan, open-borders version of neoliberalism. This led to a new sorting electorally, with many members of the working class shifting to the “new” right and white-collar voters and greens shifting to the new left.

You underlined that governing left-wing parties embraced neoliberalism. In the globalised context which we live in, could have they acted differently?
I don’t see why not. Especially when you think how far these reforms have moved in the European Union. The left simply seems to have been unable to come up with a coordinated alternative social democratic vision of how the European Union should have unfolded, as far as economic integration and the mix of policies that it enforced on its members. Voters really were not presented with an alternative. In the short-term it might have made some sense for the left to shift to the middle economically, but in the long term it has been a disaster, because it left open this space of defending the social democratic compromise to right-wing parties, who as we see today may very well be not so committed to liberal democracy.

The impression is that member states have great difficulties in finding an agreement on anything, and the alternative of a social Europe really does seem too tall an order, despite talks on it began 30 years ago. Does the problem lie in the institutional structure of Europe, and if so how should it change?
In retrospect, either you should have agreed to market integration only with corresponding social and political reforms, or waited and not gone forward with market and currency integration until the social and political pieces of the puzzle fell into place. It’s a question of balance. There was a very vibrant capitalist system in the post-war period too but it was balanced by other institutions, policies and reforms.
What happened in the EU in the course of the 20th century, is that economic integration moved forward without the corresponding political or social integration. The architects of this policy merely assumed that the latter would follow naturally, but it did not. They should have recognised from the example of the post-war period that without that balance you were very likely to encounter significant political and economic problems and that’s precisely what happened.

Do you see any positive signs for the future of Europe?
Right now, things look rather grim. European elections often take the form of a backlash against the status quo: they’re an opportunity for people who are pissed off to show that they are, not least because the elections don’t have a major impact.
We need only look at the problems Macron is facing in France to realise that there is very little coordinated action by either the centre or the left to try to propose some kind of convincing program in the run-up towards these elections. Emmanuel Macron is fighting for his life; the left has been eliminated to large degrees in countries like Germany or in Italy.
I’m not particularly hopeful, but it may be that European citizens turn out to be more moderate and forward-thinking than I think.

There doesn’t seem to be much hope among European citizens, many of whom fear to lose their status, what with the rise of China and the US’ more aggressive attitude towards Europe. Is it credible for EU governments to tell their citizens that they will keep high standards or is there an inevitable decline?
If you look at survey data, not just for Europe but more generally in the West, many people are extremely pessimistic and nostalgic. What is particularly worrying is that these views are often divorced from assessments on how the economy is actually doing. So even if European economies are doing better than 10 years ago, pessimism and nostalgia remain, and these sentiments are the perfect ground for populist forces to exploit. In much of the West, people are only seeing a lot of negatives, and it’s unclear how to break out of this. A dramatic shift in the US might help, since Trump’s election pushed populist trends into overdrive.
But we’ll have to wait until 2020 to see if that shift does happen.

With regards to Trump, there was a positive turn for the democrats in the mid-term elections. And in the UK, Corbyn is gaining some ground amid the mess left by the conservatives. Focusing on the US, what were the ingredients of this positive performance by the democrats, and could this be good news for Europe?
In my view the success of the Democrats in the US and Labour in the UK has as much to do with a negative reaction to Trump and the Conservatives as with a positive programme put forward by either one of those parties.
Corbyn and Labour are divided over Brexit, even if not as tragically as the conservatives are. Corbyn himself is an EU-skeptic, he’s not openly called for dramatic change and his own policies are untested and unclear. The fact that he’s running neck and neck with the conservatives, who are in utter disarray, is not a sign of hope. So should Corbyn come to power, will labour have a positive and unified agenda vis-à-vis Brexit? If they don’t, then there will only be more dissatisfaction and disappointment.
And the same goes for democrats in the US. Trump retains the support of his base, but more than 50% of Americans do not like what he has been doing. So the democrats have benefited from that, and they also have clearly moved to the left on economic issues, but whether they will be able to put forward a coherent appeal at the national level in 2020 remains to be seen.
I worry, however, that the democrats are going to divide themselves before the election with too many candidates coming forward and therefore not be able to mount a coordinated challenge to Trump. Similarly, I am worried that neither Corbyn nor the democrats are fully united around what they want, other than to get rid of the bad regime that is currently in power.

Worst case scenario, democrats in the US and labour in the UK don’t manage to go to power, what impact would that have on Europe?
The thought of Trump being in power for another 4 years, from the perspective of Europe it would be a disaster. Trump is not interested in maintaining the transatlantic relationship. The TTIP, Nato, etc; the post-war order would thus be further undermined. Europe is not able to coordinate by itself responses to a great variety of economic and security issues.

Should Europe look towards other actors?
The obvious solution is for Europe to take up the mantle of leading an alternative to populism, but there’s currently no ability to overcome national divisions. The only country that could possibly provide a leadership role would be Germany, but Angela Merkel was not interested and moreover she’s stepping down.
Macron aspired to that role but he is in no position of championing that as he has to deal with his own domestic problems.
The opportunity for Europe and European integration to move forward on its own seems to be less than it was only a couple of years ago.

Europe tried to take leadership on the issue of climate change which is something affecting the whole world. Do you think Europe might find an alliance with other actors, as China for example?
Climate change is indeed not just a European issue, it’s a worldwide concern that has to be tackled at the global level. Trump is utterly uninterested in it, and while China and India have recognised its importance publicly, their interest is primarily in growth.
There are difficulties also in Europe. European citizens generally support environmentalism, but when push comes to shove and they have to choose between rising fuel prices and being able to pay their rent, they will choose the latter.

It seems that the situation is drastic and there is little hope…
I am not optimistic right now, but I still have a lot of faith in democracy and believe it still offers people the best hope to solve their collective problems.