“Venice does not have to die”

The appeal to the Council of Europe will be at the center of a press conference that will take place Tuesday March 12 in Strasbourg with Parliament member Cécile Kyenge, author of an inquiry focused on the crucial issues for the life of the city of the Doges.
scritto da GIOVANNI ANDREA MARTINI 9 Marzo 2019 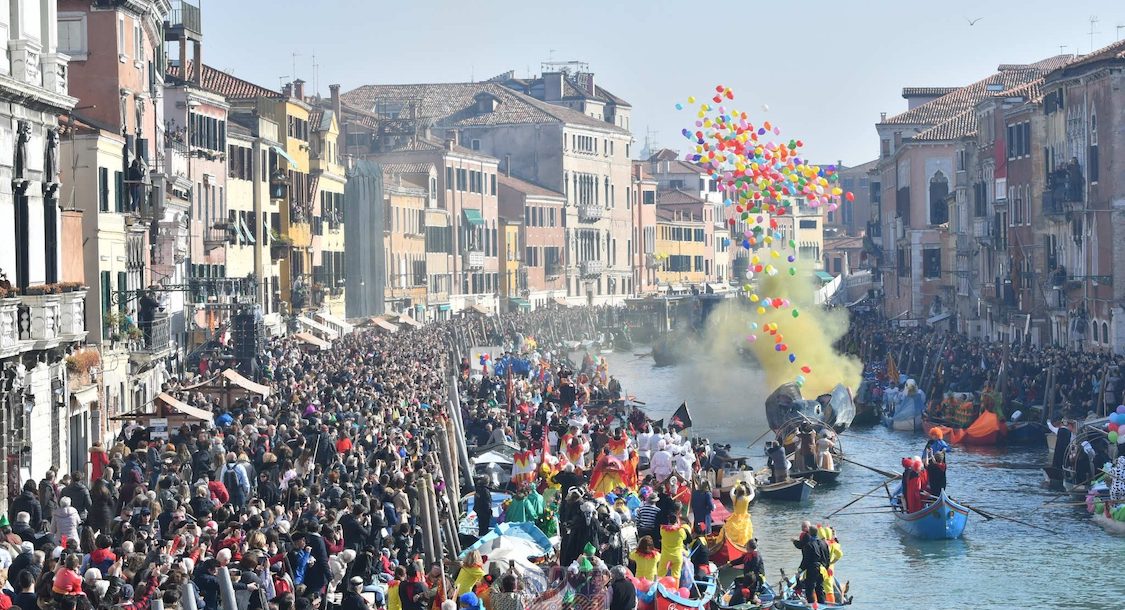 “Venice does not have to die” is the title of the press conference that will take place Tuesday 12 March at 4PM in Strasbourg, at the headquarters of the Council of Europe. We want to preview with crystalline clarity that we will be talking about the city and its problems, and about the causes of the disappearance of a quality of life that was envied around the world.

The cry of alarm which the Municipality of Venice has issued over the past three years, at the national and international levels, concerning the progressive worsening of the the quality of life in the city has been heard in the Council of Europe. The Municipality, together with many other areas of the region, has on many occasions reported on critical issues, and it was Cécile Kyenge who understood just how well founded those reports have been.

The press conference takes its cues from the inquiry which, presented by the honorable Cécile Kyenge, addresses two subjects relative to the life of Venice:

During the press conference, together with the honorable Kyenge, we will not only point out problems, but we will also present some proposed courses of action towards solutions in the near to medium term.

The Municipality of Venice has already been identified by the World Tourism Organization as the most trustworthy representative to help them understand and learn more about the many problems associated with unsustainable tourism pressure. In Seoul last September, during the Congress that met regarding the subject of urban over-tourism, I made my office in Venice available – not only symbolically – to representatives of the WTO so that they can see the suffering of the city in person.

And so from Korea, from Amsterdam, from Barcelona, from Paris, between November and December, guests have arrived and have noted that, for example, the turnstiles have not even touched the problem of overcrowding, and that the life of the citizens is deeply scarred by a tourism that is out of control.

How can a city like Venice, which does not have autos, be more polluted than a busy road intersection?

How can a city which has in thirty years lost half its residents not have residential space for new residents?

How can a city which has always lived by artisanship and local stores not have any more work for the residents?

How can a city allow the arrival of rivers of tourists who block passage in the narrow calli and fill up the public transportation? Can a city live, and have its inhabitants live with only stores that sell souvenirs and trinkets?

How can a city that lives in a delicate balance with the environment that surrounds it, see the lagoon attacked by big projects and by choices that put its survival in danger?

How can a delicate system of lagoon canals and city canals receive floating skyscrapers?

These are the questions that were posed by the guests of the WTO: they are the same ones we ask daily.

And then there is this recurring question: how can the Administration not act regarding issues that affect the life of the citizens?

Just one example: Water traffic, and the three thousand daily trips by taxis, transport boats and work boats which undermine, day after day, the lives of the citizens who live on Rio Novo, one of the canals in the city that lets out in Canal Grande. The result is out of control air and noise pollution.

The residents who live in the area have to keep their windows closed and soundproof the walls. Why has it gone so far? And why is nothing being done to address the problem? This is the Venice that many don’t see and don’t know. And it’s the Venice where, for the most part, the residents live.

The situation in Mestre certainly isn’t any better: in the last few months we have seen the growth and spread of mega-hotels and mega-hostels. Mestre is following the same path as Venice. B&b’s are proliferating, taking away places for housing and living. In Mestre you can’t find an apartment to rent anymore, unless it’s for tourists.

The enrichment of a few is harming the living conditions of many, and forcing them into choices that take them ever farther from the City of Venice.

The exodus of residents from Mestre and from Marghera is an objective fact. But all of this can be changed and actually reversed. A sound housing policy, an offering of “new” work related to new technologies, an active and urgent attention to the degeneration of commercial activity, a new life for services directed at the citizens, and the protection of the environment can all be put in to action. This is what the proposals and projects at the press conference in Strasbourg will be based on. We won’t fail to proposed highly innovative solutions, because “Venice does not have to die”.