The Intended Use of a City

Yet another case of a public building turned into a hotel. The Fish Market into a museum. Is Venetian public spirit capable of turning Venice into a place that tries different methods of production and exchange that aren’t tied and subservient to the tourism industry?
Barbara Colli e Giuseppe Saccà 17 Marzo 2019 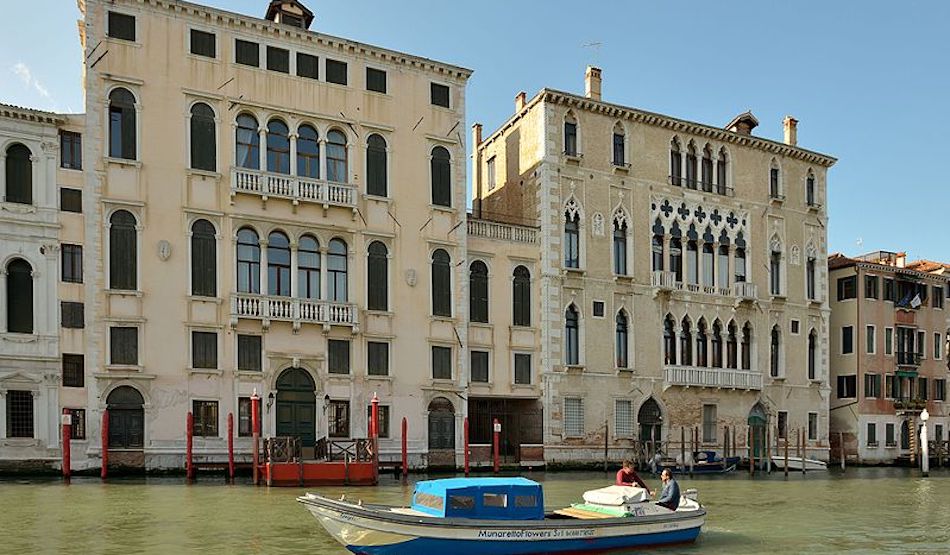 Enough hotels in Venice! is the slogan that was put forward a couple of years ago by associations and citizens to forcefully declare the urgent necessity of stopping this aspect, among others, of the city’s drift to tourism. It’s a cry of pain which has unfortunately gone unheard, as evidenced by the new platform put together by the city administration for placing public spaces and buildings up for sale, both in the old city and on the mainland. It’s a showcase in which for each property are presented the characteristics, the value and the possible intended uses, which, it goes without saying, are often for hotels or lodgings. Apart from being insulted by it, if we consider the name given to the site, and to the agency behind it, “Agenzia Sviluppo Venezia” (Venice Development Bureau), we see that it once again demonstrates the total absence of vision and of policies, other than fantasies, that head in a different direction regarding tourism when we think about the future and the development of the city. And meanwhile the transformation of historic palazzi into hotels continues; just today La Nuova di Venezia e Mestre reported the umpteenth variance of intended use, this time for Palazzo Querini Dubois, property of Poste Italiane.

Tourism, more than ever, is overwhelming everything. It’s a blob that is appearing, to those who want to see it, with all its dangers. It distorts the value of even the best institutions and socio-cultural initiatives and, in the final analysis, is transforming Venice in to an open air museum, in the worst sense of the term. Can we therefore imagine a slogan “stop transforming Venice into a museum!” that leads us to say “enough museums in Venice!”?

But who is working to imagine new paths?

In recent times Venice has been characterized by a healthy vitality in its civil life. Between long-standing associations and new groups, more or less informal, the city has experienced, in various ways and towards various goals, a high capacity for mobilization and participation, and in some cases for innovative projects. To this we should add the presence in Venetian, Regional and National institutions of some political forces, more or less recent, who contribute to fostering the search for ideas and different paths, together with the mechanisms implemented to realize them. All of this intense activity is most likely due to the fact that Venetians sense the urgency of defining a future that is shared as much as possible, for which they expend what energy is still available.

This is something that happens cyclically in every community, but in Venice we are now dealing with a race against time. We are in an acute phase because objectively the city is facing a deep, full-blown crisis. We haven’t been able to find some aspect of the city that would make an important chapter of a broader story of the historic city, but at the same time, alone we’re unable to interpret the present in innovative terms of economic and social growth. And so, the great fear that pervades many Venetians is that of being destined to disappear, almost a kind of “last of the Mohicans” syndrome.

How, therefore, do we measure the rate of “extinction”? The most obvious measurement is that of demographics, and the trend speaks clearly and dramatically: in the last forty years the historic city has lost practically half its residents, going from around one hundred thousand to less than 53 thousand. And every new collection presents the data of a war bulletin.  Certainly the numbers should be read carefully. However, even not “forgetting” the mainland, and taking account of the inhabitants of the estuary, both important when it comes to imagining a future for the city, the course over the same arc of time is almost the same. The island of Venice has seen its inhabitants reduced by 50%, and the rest of the territory of the city registers a decline of almost 25%.

We must also take into consideration temporary residents, starting with university students (arriving at an accurate count is often impossible considering the frequent irregularity of the leases), but also in this case the numbers are without a doubt falling: students are also evicted by tourists, to whom, taking advantage of the well-known and numerous platforms, it has become more profitable to rent. The course of the lives of the almost thirty thousand young people studying in the city daily, some of them living here, only to abandon it following their graduation, is a very clear signal of the incapacity to attract new inhabitants, new blood. It’s a serious and unequivocal fact. People around here often hear it said:

I would really like to stay in Venice but there is no work, no creative and stimulating environment, not to mention the costs one must face to live here, it’s always uncertain if you’ll be able to find a home…

All things considered, therefore, the number of residents in the historic city (and not only) is inexorably declining, despite some statements by important members of the current administration, who defy all the rules of math and logic. In short, we can sit here and discuss some thousands of people in the search for a number that most convinces us when counting Veneziani, but it is for sure that the inhabitants of the city, old and young, residents for generations or just arrived months ago, are diminishing. It’s a very unhappy decline, notwithstanding the attempts to blow fuscia smoke in peoples’ eyes by proposing the calculation population based on water customers, which would indicate the presence in the old city of almost one hundred thousand “equivalent inhabitants”.

We believe it can be said, therefore, without fear of contradiction, that the current administration has completely wed itself to a system of productivity that is based on tourism and all that comes with it. The Brugnaro Giunta has not implemented policies for new economies, and even less so for protecting housing, services, or jobs. Thus, at least for the next twelve months, we cannot expect any measures to counteract the trend. Such measures, what ’s more, will require years for their effects to be fully felt.

How do Venetians react to all of this? Here we’d rather not address the subject from the point of view of politics and of organizing consensus in view of the upcoming city elections. Instead we would like to look at the gestation of a new city museum at Rialto, which, in the light of all these considerations and in our opinion, deserves to be explored in depth, and about which Lucio Rubini has already written recently.

The project has received strong support in the city, yet it is a step in the direction of the “museumification” of another piece of Venice; the much loved, though now hardly used by Venetians, pescheria – the Rialto fish market. Because let’s face it, the market risks becoming a sort of bistrot for the future museum, a classic example of commerce and culture that feed each other, an idea of urban renewal one could even say. But renewing an area that is deserted due to the dominance of tourist services by placing a museum and bistrot there is to consolidate the very dynamics that are supposed to be countered.

And again: we already have a museum of the city, endowed with a well-respected permanent collection, located in the city’s parlor; the Museo Correr. What sense does it make to open another city museum, above all at Rialto where there is certainly no need to attract even more tourists? Would it not be more valuable to work on the Correr? To invest on cultural services related to it, such as today’s offering of tours of the museum? To work on temporary exhibits? To care for the health of its (our) library? And more generally on the city’s cultural offering, perhaps coming up with new exhibitions in areas that are less congested? Let’s remember that that delegation for Culture is in also in Brugnaro’s hands, and it seems to us that there has not been enough debate regarding the cultural activities organized in the city by them.

Here, therefore, is why the museum project identified for Rialto was possible: because it is tied to the dominant economic dynamic in the city. To save the market we must make it a museum. This, very clearly appears to us to be the solution that is being proposed. Thus we are quite far from the many moments of gathering, reflection and protest that have reawakened in the city over the past few years.

The writers did not attend the presentation of the project at a crowded gathering, last Feb. 1. But the tone of the articles is very clear. Vera Mantengoli in La Nuova di Venezia e Mestre related the atmosphere of the event:

A group of united citizens, who at the call for a way to save Venice showed up without any hesitation and listened in religious silence… One feels enthusiasm and energy in the air, a desire to participate and to care for the city.

But the most bizarre thing is that the promoters see a strong role for the City.

We would want Rialto to remain under the control of the City,

Thus they even propose to entrust the project to the public authorities, giving up the leadership and the possible social innovation which instead distinguish the more interesting grassroots projects that can be found in the city. Projects that are well aware of how fundamental the role of the public is in facilitating some processes, but which certainly wouldn’t consider handing over “control” of their work to the public.

Where is the collective intelligence [in this project]? It simply doesn’t exist. No risks taken, no hybridizing, no bets placed … it bears out the refrain we hear about the death of the city – we’ve settled for finding a place for the ideal representation of one of the city’s desires.

Is it really true that Venetian public spirit is not capable of turning Venice into a place that tries different methods of production and exchange that aren’t tied and subservient to the tourism industry? Are we really not able to get active, and here we do also mean politically, to reverse the course of the depopulation of the city? Because the real solution for the survival of the centuries old market lies in the return of its clientele – namely the people who live in Venice – and not in transforming it into a museum.

Photo at top is of Palazzo Querini Dubois