When I shoot, my peripheral vision collaborates with the cumulative, intensive, visual education and experience stored in my brain to infer an image as my central vision might see it. Then I press the shutter.
scritto da JOANN LOCKTOV 15 Luglio 2019 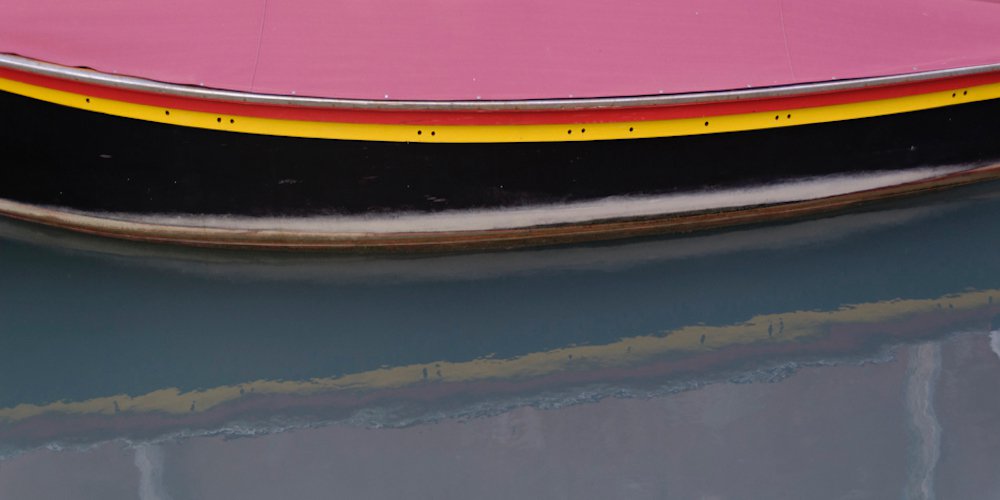 “Seeing_While_Blind” is the title of your Instagram account. Can you explain your visual impairment and how it affects your photography?
I have no central vision as the result of Stargardt’s Macular Dystrophy. Hold your fists in front of your eyes, an inch or two away. That’s about it. No moving them, no looking around them. Ever. As it progressed over the years, it looked like a bunch of opaque amebas swimming around in my visual field. Eventually, they all got together and that was that, so thank goodness for autofocus.

I have my peripheral vision. When I shoot, my peripheral vision collaborates with the cumulative, intensive, visual education and experience stored in my brain to infer an image as my central vision might see it. Then I press the shutter. This all happens faster than my usual shutter speed of 1/250th of a second. Thanks to digital editing and a 32 inch monitor, I am able to go over a given image bit ny bit until I have a good idea of what the lens saw. Not infrequently,  I find myself saying out loud, “Hey, look at that!”

The great majority of blind people have some vision. This is an understanding of central importance. I use “Seeing_While_Blind” and #photographywhileblind on Instagram as a message that I am not giving up, and, if anyone faces a challenge in life, neither should they. At the same time, I do not present my photography as the work of a disabled person. I want to be received and evaluated the same as any other photographer. If anything, my pictures are getting better all the time.

You’ve been “taking pictures” for over 50 years. What was the transformative moment when you knew that photography would never end for you?
Next year will be my 60th year in photography. It began with a Brownie Hawkeye, progressed through a lot of Nikon F’s and has landed  today on a gorgeous Sony from the 6000 series with Leitz lenses.

If there was an “Aha!” moment, it was the very first moment, the moment I discovered that I could shed my shyness and stare directly at the world, through the lens. This proved to be foundational for my confidence and self esteem heading into my teens. That confidence, based on the surety of seeing, has only grown stronger over the years, and has sustained me in trying times.

Taking pictures is what I do. I’m not a philosopher. There is no deep thinking here. I began as a photojournalist and I still have the strongest urge to press the shutter as life passes in front of me. Inevitably, a grayish dark side sneaks into my pictures from time to time. I don’t mind.

As a writer I find it almost impossible to edit my own work and yet, you discovered quite young the unique skill of being able to edit your own work. What does the process of editing your images entail? And how does the same skill contribute to your work as a visual curator.
I am quite sure this applies to my own writing as well, JoAnn, but for reasons above my pay grade, the same is not true with images. I began my photography in earnest as a sports photographer, a photojournalist, when I was 15. By then, had been reading Sports Illustrated for several years. There was always the one great shot of a play.  It was a crucial lesson in editing: pick the one good one. So from that time, I understood what the local papers wanted from me and I gave them the one good one.

Editing also involves telling a good story. As soon as I got my first Kodak Carousel slide projector, I began to arrange my transparencies into slide shows, designed to tell the story of a trip. If the story wandered, so did the attention of my audience.

In college, taking pictures of my buddies’ girlfriends, the process continued. Never offer a choice. Show only the best. Once I began work in a professional studio, this was gospel.

By the time I began my career in the art world, at 30, I already had 18 years of intensive visual training. What followed was a transference of those experiences from picture taking to the evaluation of works of art. By the time I was forced to retire several decades later, choosing and installing works of art – editing them –  whether in homes, galleries or museums, was just about my favorite part of the job.

The photograph that was chosen for Dream of Venice in Black and White is an especially poignant reference to a Venice that is disappearing. Can you tell us about the circumstances of shooting the image and how it has contributed to keeping your mind’s eye in focus.
It was a Sunday. My wife, Mazal and I had enjoyed Sunday lunch at one of our favorite places in Cannaregio. We walked instinctively away from the Strada Nova, and found ourselves in front of the Madonna dell’Orto just as services were letting out. Small groups were standing about the campo, chatting in the universal after-church disposition. We stood well back, not wishing to intrude. I noticed this couple. They seemed simpatico in a photogenic way. Fortunately for me, they turned east on the fondamenta, which is the more attractive direction for pictures.

My unedited roll shows the couple in the campo, then leaving, and at last falling into a perfect, relaxed, composition, which is the picture you see, although I have cropped it slightly so that the diagonal of the pavement meets the right edge of the frame in just the right place to lead the eye towards the couple.

There is little skill in shooting people from the rear walking by canals in Venice. The first challenge in rising above the cliche is composition, the second, more difficult, is to say something about life. I am forever grateful to this couple for having made this easy for me.

You’ve traveled to over 50 destinations in the Mediterranean and yet it seems like Venice has captured a significant place in your heart. Can you share with us your relationship with the city, as a place that inspires you as a photographer and visualist?
Probably more like 250 in Italy alone. My family owned a modest property in Tuscany near Lucca. I spent vacations, and every other opportunity, there for years. In those days, we had Venetian friends who would visit. Venice seemed far away, and in that sense, intimidating. Not at all like what was so familiar in Tuscany.

We did go, though, more or less en famille, in the late sixties. We stayed at a modest albergo, attached to a friend’s building. It was impeccable. We stayed there a few years ago. It was the same.

My first impression of San Marco, coming to the piazza from beneath the western arcade, was the sound, the sound of a space opening wide, and then I saw it. I remember thinking it was the set for a scene from a Hitchcock movie, and that there would soon be a beautiful blonde, and a plot afoot. This impossible place could only be a movie, not real.

Returning later in life with my wife, we continued together to treat the city as a stage set, a backdrop for romance, dedicated to the pleasure principle. My pictures were the same as 99% of the pictures of Venice you see today on the internet. Travel snapshots.

Then, about fifteen years ago, we began staying in a spare apartment owned by Venetian friends. We stayed for weeks at a time. Our friends introduced us to their friends. Suddenly, Venice was a real city. It seemed as if the reality had been hiding in plain sight, going on in a parallel dimension, overwhelmed by the dazzling beauty of the place itself, and by the crowds moving from one attraction to the next. The Venetians live in a jewel case of their own making, but live they do. The challenge for me as a photographer is not to see past the setting, but to see it together with the life it enfolds.