“In the beginning I took pictures of everything and everywhere in the city and the lagoon, thousands and thousands… After a while I realized, this was not enough for me, I wasn’t satisfied by lots of meaningless pictures, so I bought my first good camera (and lenses) and started to photograph more seriously”.
JOANN LOCKTOV 15 Ottobre 2019 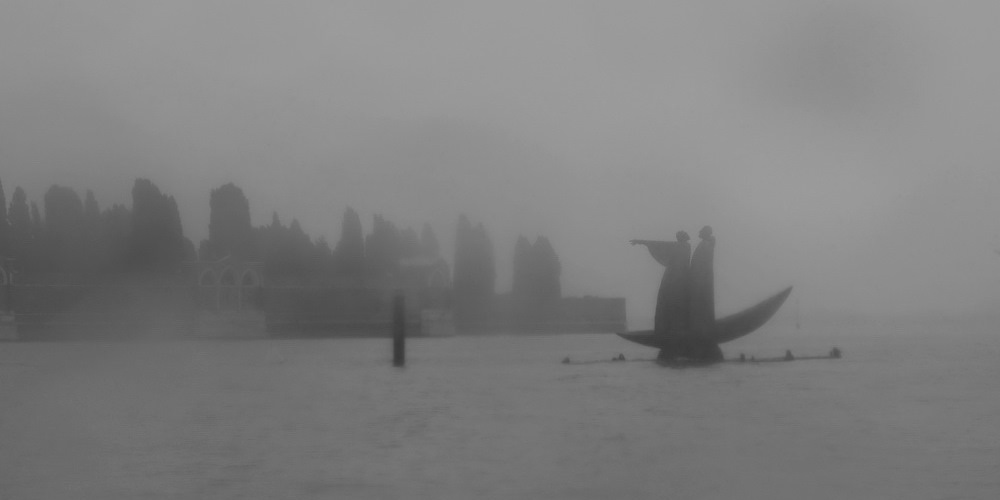 How did your relationship with Venice inspire your desire to photograph?
My eyes fell in love with the city at first sight and to photograph there is in a certain way like performing a love act with Venice. In the beginning I took pictures of everything and everywhere in the city and the lagoon, thousands and thousands… After a while I realized, this was not enough for me, I wasn’t satisfied by lots of meaningless pictures, so I bought my first good camera (and lenses) and started to photograph more seriously. Nowadays I mostly take pictures at night or very early in the morning (and at daytime a bit away from the points of interest).

After the initial impulse in Venice, I also started to photograph elsewhere, for example in Scotland, Russia, South East Asia, Italy and France and of course in Germany, too.

Can you please explain the significance of this photo that was chosen for “Dream of Venice in Black and White”?
Usually I visit Venice in the time between November and March, when it is more quiet and the city is showing her face in the beautiful winter light, but in September 2016 my husband and I went to Venice especially to participate in the NoGrandiNavi demonstration, which takes place annually in September.

I hate to see the huge cruise ships passing through the vulnerable, fragile and unique Venice. To me it looks like a kind of rape. Apart of the horrible view their wavy impact is very dangerous for the foundations of the buildings (moto ondoso). Moreover the cruise ships’ exhaust emissions seriously pollute the environment.  The morbidity rate of lung cancer in Venice is higher than in any other city in Italy.

So what can we do against it? Sign petitions, demonstrate, support the civic action groups, write articles on this topic,… and last but not least publish photographs.

There is a significant stillness in many of your images.  We can feel the moist weight of the fog. Can you explain how this is achieved?
I prefer to take pictures at night or in the early morning before sunrise. So the stillness in many of my images is the stillness of the empty Venice that seems to be sleeping. In fact the city is not sleeping, but awakening at that time: A rising of the real Venice is what happens in the stillness of the night. Strolling around through the calli and campi I can feel the city softly breathing, and I often lose my time orientation. It could be any century then…

If you then add the fog, the magic of the fairy tale still intensifies. These are lucky moments, when I look out of my bedroom window at night and see the nebbia coming up. Next thing to happen is I get up, grab the camera and go outside subito, because the fog could last for days … or for only one hour, you never know.

Along with your photography, you are also an author. Can you share the process of taking the cover image and how it represents the essence of your novel?
My novel (published under my pen-name Judith Ardito) is the story of a woman who spends an entire winter in Venice. She arrives on a cold winter evening with the intention of going to school to learn Italian. Living in Venice completely on her own, with no friends or background, she feels kind of lost at the beginning. After a while a new life begins to arise. She learns to be a kind of “nobody” now, however able to make new friends and live like long ago student days. And then she falls in love not only with Venice but also surprisingly with a classmate. I am not going to tell how the story continues! In a way it is a classic love story and in another way also a development novel of someone discovering another identity.

The main reason to choose this photo was because it shows only a certain limited section. It goes along with the title of my novel “Die Auszeit”, that could be translated into English as “Time-out”. This picture shows a traditional Venetian gondola coming into the frame, but it is also obvious that the boat will be pass through soon – a short, transient moment.

In this image entitled, “Way home” what does the concept of home mean to you?
Venice represents one very important home in my life. This image was taken one evening coming home from Castello in the direction of Cannaregio, where I often stayed. On the left side you can see the wall of Santa Maria dei Miracoli, which is one of my favorite churches. My Venetian “home” is about 200 meters away from there. There are two or three apartments where I prefer to stay, and they feel very much like a real home to me, including friendships, neighbors, and a bar for my morning coffee.