Venice. From overtourism to sustainable tourism

It’s up to us to decide how to start again: do we want to decisively turn the page, taking a path of sustainability, or would we rather pretend we can go back to like before, wasting an historic and perhaps unrepeatable opportunity to save a millennial city?
scritto da STEFANO CROCE 30 Aprile 2020 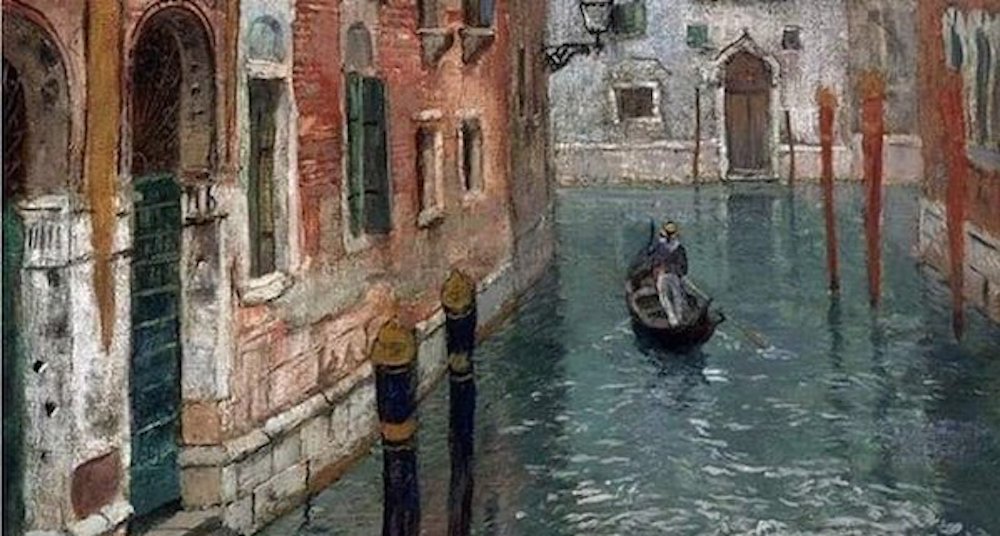 It’s nice to read in a recent statement by the Mayor of Venice of his desire to restart after the pandemic with a “different Venice”, and his hope “arrive at the much desired sustainability in tourism as well”. The Councilor for Tourism echoes him in an open letter to the Minister of Culture, signed along with the Councilors from other important Italian tourist cities, which talks about “quality of tourism” and of “a view to truly sustainable tourism”.

This makes it necessary to try and understand what the phrase sustainable tourism means, to avoid the risk that the concept gets used like a slogan that is adaptable to different interpretations.

What follows are several clear and authoritative definitions that can be our guide.

UNESCO, in the Budapest declaration of 2002, defines as sustainable development in which there is “balance between culture and economy, between local identity and tourism, environmental protection and development from a perspective that is shared with all the local actors”.

Following these definitions it is quite clear how for many years in Venice tourism has not been sustainable, not from the social point of view, or the environmental. On the one hand, the excessive number of visitors compromises “the social environment”, in which the few remaining residents are besieged and helplessly witness the transformation of their city into a far-flung hotel, and on the other hand, it “impacts other economic activity” by making it subject to the tourism monoculture, leading to an uninterrupted extermination of craft shops and neighborhood stores that are forced to give up their space to tourism related activity, the only sector that can support the exponential increase in rents.

For all this “Venice is considered to be a symbol of overtourism” and the term “Veniceization” has been coined to define a city deformed by pressure from tourism.

However, there is another aspect of sustainability which we must take into account: the degradation produced by non-sustainable tourism also affects the tourists; they too are annoyed by the crush, the lines and the city’s loss of authenticity.

Along these lines, the European Federation of Tourist Guide Associations declares tourism to be sustainable not only when “it creates the best living conditions for the people who live in areas that are tourist destinations”, but also when it allows “better locations for the visitors”.

For these reasons the vast majority of tourists do not return to Venice, and limit their visit to a short or very short. In fact, 80% are day visitors, and the few who stay overnight, on average stay only two nights.

Venice has witnessed an anthropological change in its visitors, who have gone from curious and enthusiastic to superficial and disinterested: the so-called “mordi e fuggi” tourists who stop for only a few hours, eat from a bag or at from take out, sit on the bridges and buy souvenirs, leaving only garbage in exchange. Their massive presence deforms the city, which adjusts to their needs, and overtaxes it due to the burden on public transportation and the fragile pedestrian street system.

So it should not seem too strange, this apparent paradox of a city visited by millions of tourists, which in high season has hotel vacancies, or that, although the city offers extraordinary museums, one sees museums outside the Marciana area half empty.

The persistence of this unsustainable situation has for many been a glimpse of the next and definitive transformation of Venice into a theme park for day visiting tourists, that is, the death of Venice as a living city, with all its traditions, culture, memory, experience and way of life.

Then, however, the pandemic arrived, and with it the suspension of tourism and many have identified this as a once-in-a-lifetime opportunity for a restart that is different and more balanced. But no one imagines Venice without tourists, who for centuries have been attracted to its splendor and its art and who still represent an important element of the economy.

Here is where the concept of sustainable tourism comes in, which, if applied in the correct terms described above, which in this city must be expressed in the search for the best possible compromise between the economic income generated by tourism itself and the need to control and minimize the undesirable effects that this generates on the place and for its inhabitants.

With the intention of making a first step in this direction, about a year ago I and many of my fellow authorized guides in Venice developed, and a few months ago presented to the press and institutions, the “Venice Guides for Sustainable Tourism” project, which is aimed at orienting visitors to a respectful visit (through a video and advice during the visit), promoting the artistic-cultural offering in Venice, now fairly overlooked, and asking for a limit on the number of people in the groups accompanied.

These contributions, however, cannot do much if they are not incorporated into a comprehensive strategy for sustainable tourism, in which the major actor must be the city administration, which has the fundamental responsibility for the proper management of the flow of tourists.

From recent statements one gathers the impression that the way to address the subject is essentially by moving tourists from overcrowded areas, alleys or docks to others that are less congested. However, this course of action is by and large insufficient and actually counterproductive for Venice, because it only takes into consideration the point of view of the tourists, who would indeed be helped because they are “spread out” to less crowded places. It does not, however, consider the perspective of the city, which would be fatally overrun with tourists under this plan, that is, even the parts of the city that are still livable would be deformed.

Thus, the sustainable management of the flow of tourists in Venice cannot ignore the need for a drastic reduction in their numbers, in compliance with UNESCO recommendation N.3, which calls for “addressing excessive tourism”.

Let’s keep in mind that at the end of the lockdown, and until the arrival of a vaccine, distancing between people will oblige Venice to decisively reduce the number of tourists, producing in fact a sort of general test of a desirable future condition in which fewer tourists would restore the city’s quality of life, likely attracting both new residents and quality tourists, who today are decidedly in the minority compared to the day visitors.

It’s important to note that the “quality tourist” is not necessarily the “rich” tourist, but is someone who is inclined to appreciate the extraordinary uniqueness of Venice, to take advantage of its cultural richness, and who, staying on average for a longer visit, supports the economy unlike the “mordi e fuggi”; thus the combination of being available to the return of quality tourists and a reduction in the overall number of tourists would mainly lower the number of day visitors, producing a limited economic loss that could be compensated for by the growth in overnight stays, all the more so if, while keeping the number of beds under control, we are able to stretch those stays into a longer season.

We are, then, at a crossroads: do we want to return to the previous pre-virus number of visitors, content to manage them by “spreading them” across the whole city, or do we want to reduce the number of tourists to make tourism sustainable, that is, compatible with the residents and the spaces of the city?

And in this case, HOW can we think about reducing them with a view to sustainability?

We know that the mechanism of the “entry fee” will function with different costs according to the season to discourage arrivals in the most crowded periods and encourage them in quieter periods.

The difference in price in the different periods seems, however, fairly limited, and the fee will not be applied to day visitor tourists from Veneto. Are we sure that a difference of a few euro can move from one season to another significant numbers of tourists, who are also visiting other cities, buying flights or cruises and are more limited by those costs then by the small differences of the price of the entry fee?

From a variety of quarters a system has been proposed that instead involves reservations and planned maximum daily numbers of visitors. The stumbling block of the principle of free movement of people is only apparent because this method is already active in other Italian insular areas – Pianosa, Giannutri and Montecristo – and is being discussed for the towns of the Cinque Terre.

However, we should not delude ourselves that these corrections in the area of tourism, while important, will be enough to save Venice if they are not inserted broader policy that involves the equally relevant questions of jobs, housing and taxation that can be managed efficiently only in the context of a Special Statute. The question is so important that recently even the Patriarch was led to call for international recognition of the uniqueness of Venice.

It’s up to us to decide how to start again: do we want to decisively turn the page, taking a path of sustainability, or would we rather pretend we can go back to like before, wasting an historic and perhaps unrepeatable opportunity to save a millennial city?