The Covid lull in tourist numbers to Venice has been and will continue to be for a limited time an opportunity for the city to decide how it wants tourists to return. It is also a chance that shouldn’t be wasted to focus on ameliorating the situation for current residents and boosting their numbers.
scritto da REBECCA ANN HUGHES 21 Marzo 2021 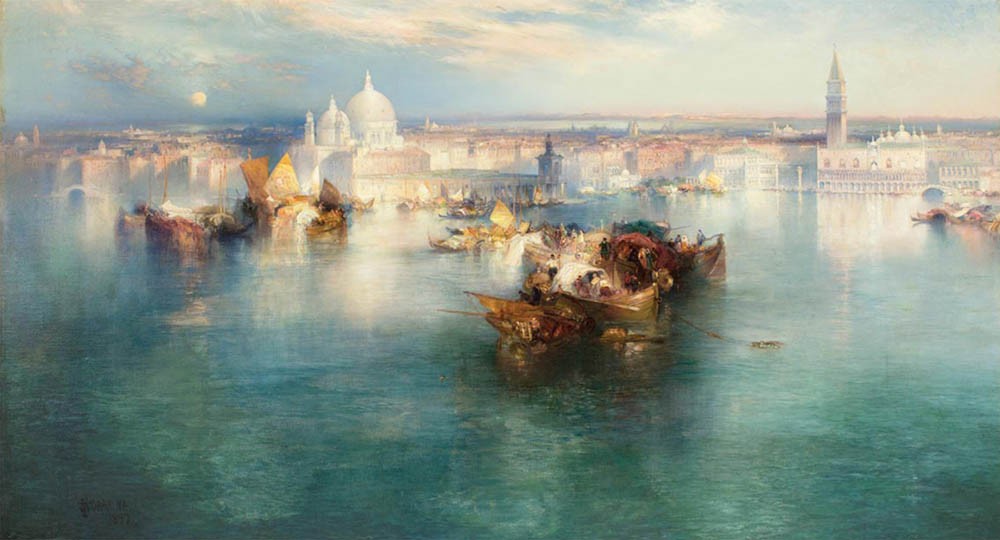 In an apparent bid to prevent tourism returning en masse post-pandemic, the Uffizi Gallery in Florence has revealed a plan to send its artworks travelling around the Tuscan countryside. The idea is compelling – all hands on deck to heave Venus down the stairs, pop her in a lorry and cart her off to a picturesque Tuscan village where I might be one of a handful of people basking in her presence? Not quite.

While Uffizi Gallery director Eike Schmidt has said the artworks to be distributed around Tuscany will include “household names”, they will be works from the gallery’s deposit. Looking at this initiative from the point of view of combatting overtourism at the Uffizi, the greatest obstacle seems to be that if Venus, Primavera, the Holy Family and the other big draws remain in the Uffizi, so will the masses of tourists. They may simply tag on a day at the end of their holiday to nip to a neighbouring town and see a less notable work of art.

However, are there some benefits to the “museo diffuso” scheme? The greatest benefit would likely be to the residents of the host communities themselves. Inhabitants of smaller cities and towns will have important artworks on their doorstep, beyond the many treasures already residing in many of these places. There is a suggestion that the artworks and new locations may be matched on the basis of the origin of artist or artistic style, allowing residents to see artworks that may have a more personal resonance with them and their heritage.

Indeed, should we interpret more from that veiled suggestion that artworks may be returned to “where they were born”? I have long been attracted by the notion of returning an artwork, albeit temporarily, to its original location – an altarpiece to a church, a private devotional painting to a residence. The Uffizi is presumably not intending to be quite as specific as this in terms of birthplace, but original cultural and physical context do much to enhance the experience of an artwork.

Additionally, if artworks were strategically relocated in structures in need of restoration or funding, the subsequent economic boost from new visitors could assist in the building’s repair.

On the subject of replicating the project in Venice to stem overtourism, I see a similar sticking point to the situation in Tuscany. Bellini will remain in the Accademia, Tintoretto in the Doge’s Palace, so the initiative would likely not lessen the stream of visitors to Venice. I see more potential in bolstering the infinitely rich cultural scene that is already diffused throughout the Veneto. Just the other day, before zona rossa was enforced, I was in Castelfranco and remembered the magnificent Giorgione altarpiece in the Duomo. If a little itinerary were to be created involving this altarpiece and some other attractions of Castelfranco, I could see it drawing tourists away from Venice for a day. However, perhaps these kinds of schemes would merely result in an increase in tourists overall in the Veneto.

Perhaps focusing so much on reducing overtourism prevents us from focusing on another issue inextricably linked to rising visitor numbers. Improving the services and general quality of life for residents of a town or city may not stem overtourism, but it would make it more manageable for inhabitants. Instead of distributing deposit artworks around the region, funding and resources could focus on improving access to existing cultural resources for the local community for the purposes of leisure, education, and preservation of the site, tradition, or artefact for future generations.

The Covid lull in tourist numbers to Venice has been and will continue to be for a limited time an opportunity for the city to decide how it wants tourists to return. It is also a chance that shouldn’t be wasted to focus on ameliorating the situation for current residents and boosting their numbers.

Giornalista, originaria della Scozia, vive in Italia da cinque anni, collabora con Forbes. I am a journalist based in Venice and originally from Scotland. I have been writing about my adopted country since I moved here five years ago after completing a degree in History of Art from Cambridge University.