“Let Venice Live” can become a viral snowball that will eventually engage the whole planet, in the way that Black Lives Matter took off.
scritto da NEAL E. ROBBINS 3 Aprile 2021 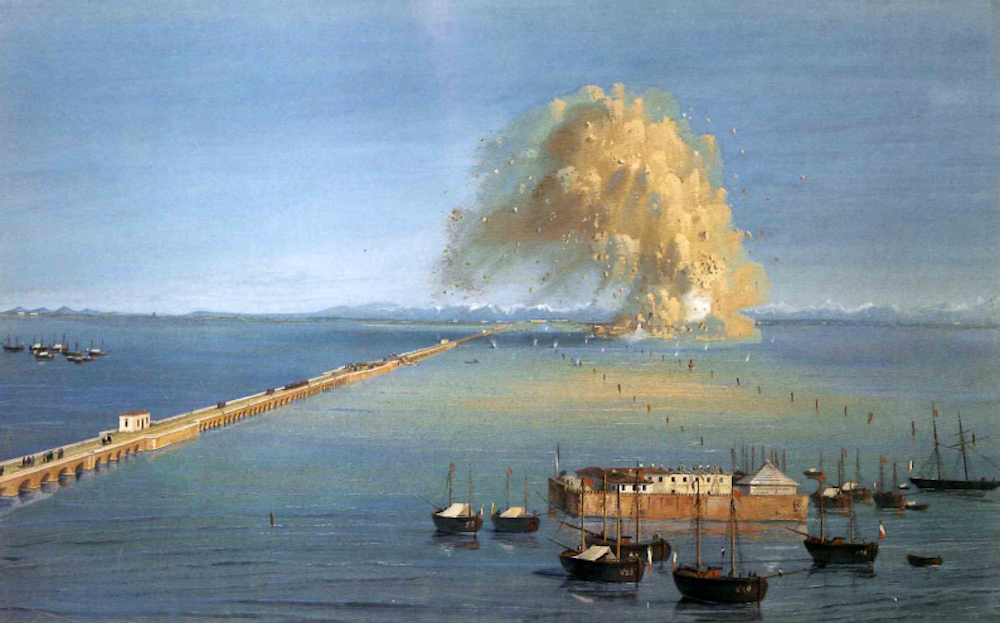 The Black Lives Matter (BLM) movement is more central and crucial than ever in the current American debate.

The #BlackLivesMatter hashtag was born, and quickly went “viral”, following an assassination. Yet another murder of a black man. And the ensuing grief, outrage and anger, in the black community and, in solidarity with it, across democratic America. The birth of BLM is indeed linked to the murder of Trayvon Martin, the young African-American killed on February 26, 2012 in Stanford, Florida.

Since then, other killings of blacks, at the hands of white supremacists and policemen, and other brutal episodes of violence, have marked the history of these years, with growing intensity in the years of the Trump presidency. And every episode of violence and abuse was followed by demonstrations of mourning and protest under the banner of #BlackLivesMatter. BLM is growing, making its presence felt with ever greater determination in the American debate. And these days the trial for the killing of George Floyd reopened and exposed the never healed wounds in American society, rekindling souls.

Ytali has devoted numerous articles to events and topics regarding or involving the BLM movement and, more broadly, to the struggles of minorities in the United States, African-Americans in particular. We are very aware – and our most assiduous readers know it well – of the delicacy of the subject, of its implications. And also of its connections with other questions of the moment which animate the American debate, concerning the rights, the minorities, the respect of the person, cultures, and identities in a diverse society.

Ytali is an open magazine, which has the “pluralism” of ideas in its DNA. In such a spirit we published the article by Neal Robbins, which follows, considering it a contribution to the debate on Venice that ytali constantly feeds and promotes.

On the merits, Neal’s article, like any other text, lends itself to different and various readings and evaluations. But one point, in his words, deserves to be clearly highlighted and shared with our readers: the analogy, which the author suggests, between #BlackLivesMatter and his proposed hashtag for Venice #Letvenicelive, #lasciaviverevenezia. It obviously falls within the freedom of opinion that we guarantee to our authors. But it hurts. It hurts and outrages the sensibilities of various readers of ours, especially in the US. We have received – after the publication of the article, in Italian and English – numerous messages to this effect.

They consider the proposed association – between the harsh, unspeakable reality of centuries of violence against people of color and a story about the mismanagement of Venice- “deeply offensive”, “disrespectful”, an article worthy of “a platform of white privilege”.

We respect these critical remarks. We understand them. We make them ours.

Whoever intends to promote an international campaign for Venice with such a controversial hashtag, should be aware of its consequences and the parallels its originator draws to #BLM.

For our part, we do not consider it desirable that this article, while appearing in our magazine, could contribute to such a campaign.

Preparing for the day the Venetian bubble breaks is now of paramount importance.

As Mario Santi wrote in this magazine. the debate on a way forward is heating up. We are pleased that the Let Venice Live manifesto was discussed as a useful contribution.

I wrote the manifesto after publishing my a book on Venice (to come out in April as Venezia, un’Odissea) because the book concludes with a suggestion that the political power of tourists could be critical. A reader, German blogger Brigitte Eckert, now associate in Let Venice Live push, and others quickly asked me, “How?”

We distributed the actions to Venetian activists for their comments, many which were incorporated, then published it online at letvenicelive.org and it has been so far posted by P.E.R. Venezia Consapevole and Campaign for a Living Venice.

The seven actions are for tourists who have been conquered by the value of a real, living Venice. We ask tourists to sign up to our mailing list so that we can alert them when they be part of a tourist movement to help power the changes Venice needs. What movement? You ask. The one that will come!

But that movement depends on Venice coming up with clear, concrete goals, such as outlined in the The European Project for Venice proposed to be included in the Recovery Plan that activists have already sent to President Mario Draghi. As soon that comes out, it is our intention to throw our weight behind it.

In other words Let Venice Live must mean something specific and not turn into a general statement, which could easily be hijacked.

When it does, Let Venice Live can become a viral snowball that will eventually engage the whole planet, in the way that Black Lives Matter took off. Many do not realize, that the BLM slogan did not happen spontaneously. The words themselves are a hastag and not trademarked as a slogan by any group, but it is the name of the Black Lives Matter foundation. The movement and the slogan began to be used in 2013 and took years for the foundation and others to build a following.

The movement only burst onto the international scene with real force with the killing of George Floyd in 2020. That spark ignited the wildfire that followed,

Unfortunately, Venice has no shortage of anticipatable disasters. All it takes is another incident, such as a big acqua alta, for the city to come back into focus. It should be ready. Let Venice live needs to be attached to a specific concept of what Venice needs — to a strategic and dedicated project to be included in the recovery plan, conceived not as a finish point but as a start of a short, medium and long term project/process.

And that project should come to be know by the hashtags: letvenicelive / lasciaviverevenezia.

It is our hope that Venetians and their activist groups to make use of these hashtags and build their close association with the goal they themselves set.

This might just work if all the pro-Venetian organizations and voices work together as they have in proposing an European Project for Venice into the Recovery Plan. Maybe, just maybe these few words in a social media dominated world, could tilt the balance of power; and that is what, so far, has been lacking.

Photo header:. Luigi Querena, The explosion of a mine on the island of San Giuliano, 1849, Museo Correr