On 2 June 2021 a new international organization called SUMus, with a vision of Venice as an International Laboratory for a new era, and an impressive array of philosophy, ideas, allies and technology, held a press conference in Venice to introduce itself.
scritto da PAUL ROSENBERG 8 Giugno 2021 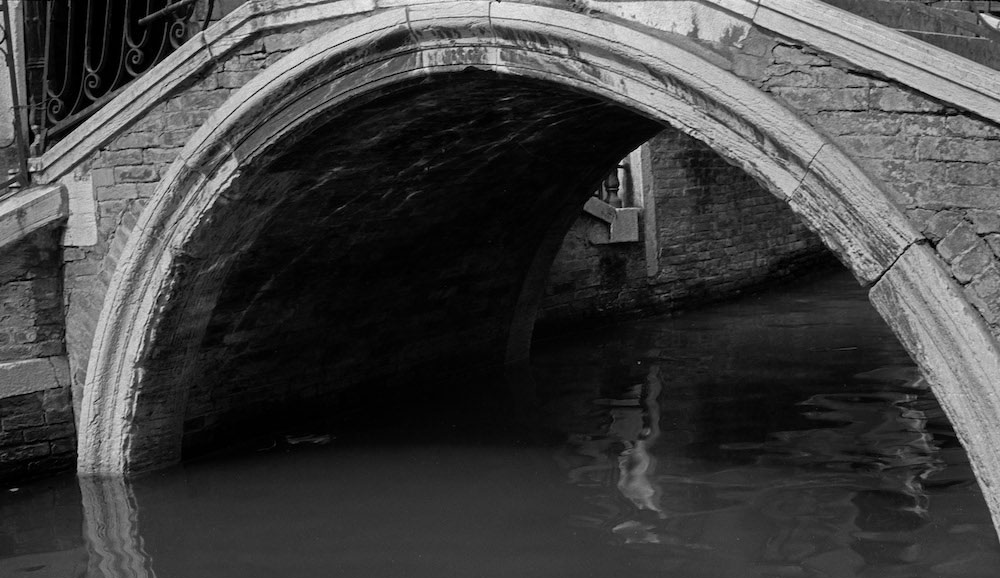 [A note on the name SUMus: it is Latin for ‘we are’. The choice of this phrase and language are emblematic of the organization’s inclusivity – and neutrality.]

When I first began the Campaign For A Living Venice in 2016, the reception in Venice was at first quite guarded, if not suspicious. There was a lot of concern, first and foremost, about who I was, and what I might possibly have to gain from my project. Some wondered if I was Paul Rosenberg the New York hip-hop producer (no), and others wondered if I had a book, art, or something else to sell either alongside or as part of the CFLV effort (also no). Fortunately I no product to sell or ulterior motive – and this fact alone allowed an evaluation of what my project was. I learned that the subsequent acceptance of my foreign intervention in Venice was due to the fact that it was in no way prescriptive. I had no agenda, no plans to share, no advice to offer or declarations to make. I was merely upset about what I, from afar in the US, saw happening in Venice (this was just after UNESCO had threatened to put Venice on the Endangered Heritage Site list) and CFLV was the only thing that I, an American translator who had only been in Venice once, for four days, could come up with that might help. So I began translating news stories and essays from Venice into English, and continue to do so to this day.

What I learned from this experience, not just by inference, but from direct statements made by some of the people I met, was that Venetians (at least those in the orbit I’ve had access to) are used to, and deeply mistrustful of, outsiders motivated by personal gain, usually financial, looking to insert themselves into the struggles in Venice. Even more so, they seemed to be not only used to but pretty much sick of outsiders showing up with prescriptions and agendas “from on high”. They were perfectly capable of defining their own agenda, and wanted genuine, disinterested support for their efforts.

Thinking about the recent press conference by the new organization SUMUS brought this experience back to me, and made me wonder how SUMUS will be received. 2021 is not 2016, and I don’t pretend that I can predict, or even understand the people of Venice well enough to say how I think they might react. However I would like to make a few observations about what I see as some of the unique traits that SUMUS brings to bear which, I believe, should make SUMUS interesting to many people in Venice and beyond.

Without repeating the entire press release, I’d like to highlight a few elements that really stand out. The first is the organization’s self-reflective orientation. Invoking Ghandi’s famous line about being the change you want to see in the world, SUMUS’ leaders seem committed to the idea that real change starts with them – literally – and with each one of us. Another phrase mentioned was Einstein’s maxim that you cannot solve a problem with the same thinking that created it. Thus SUMUS begins with the admonition for us all to look within and have the courage to change ourselves and our thinking, as a prerequisite to creating external change. I find this quite compelling, especially given the current trend that has people more and more convinced that THEY are ‘right’ and others are not just ‘wrong’ but even ‘bad’.

These ideas are nothing new, but they are novel in the context of an organization like SUMUS, which has more of an orientation than an agenda, but at the same time wishes to achieve real, concrete change: to wit, a “Think and Do Tank”.

The second thing that struck me was the emphasis on finding common paths through a concerted effort at unbiased listening – in their words to replace “or” with “and”. I think that this approach, especially now, is very important. I’ll use one very current example to illustrate why. Earlier today, Comitato No Grandi Navi held another anti-cruise ship demonstration at the Zattere, as the first cruise ship to come to Venice in 17 months (92 tons and theoretically now in violation of two government decrees) made its way back to the Adriatic. Meanwhile terminal workers, who were elated to see a ship after such a long stretch of unemployment, staged a counter-protest – Sì Grandi Navi.

The city is fragile and the jobs are important. “And”. Both of these are right, in some sense, and in fact some of the possible solutions for a new cruise ship terminal could indeed take the ships out of the lagoon while at the same time preserving the jobs, which would simply be relocated. Not necessarily either/or, but possibly both/and. This seems like an issue that is ripe for the SUMUS approach – could this be an area where they might be able to bring opposing parties to the table to talk, change themselves and their thinking, and come up with mutually acceptable joint actions? And if so, what about the governments that are ultimately control? Can they too be brought to this table?

Finally, SUMUS brings with it not only an established network of international support, but also a full quantum AI that is already in use internationally at the highest levels. This offer of advanced technology alone is enough to make SUMUS really stand out, and to my thinking makes it both more attractive and unique as well as representative of a new kind of approach, grounded in personal awareness, open dialog, inclusiveness (non-partisan, apolitical, ecumenical) – and high tech.

One concern I have is that much of the activism I have seen seems to take place in a political vacuum created by the current intransigent City administration. This government will not even respect and/or listen to Council members from opposition parties and their many, mostly ignored proposals. Power has been totally consolidated in Venice and the Municipalities to Ca’ Farsetti, and more often than not, to Mayor Brugnaro himself, whose goals for the city (development of hotels and a huge sportsplex and stadium on his lands at Pili, as well as the promotion of his new national political party) are completely at odds with the goals and aspirations of most citizen activism I’ve seen. So, small victories are won from time to time, but the general trend of the city, which is plain to see by its results, is being driven by the government.

Given that the political situation is bad now and at best uncertain in the future, and given that the voting power of Venice and the islands is a mere fraction of that of the mainland, it seems to me that this raises the critical question of how one ever gets past talking about what should be done or protesting what has been done, only to see the government go the other way. How can concrete positive action and change be realized in this kind of imbalanced and debilitating political situation? I don’t know, but the SUMUS formula of self-awareness, inclusive listening and dialog, and quantum AI might just be able to figure it out.

To sum up, SUMUS certainly has more to offer Venice than I did in 2016, and the organization clearly meets the threshold of not seeking to profit from working in Venice, as well as that of not offering any prescriptions or plans “from on high”. Rather, SUMUS seems to be offering willing hearts and minds coupled with powerful technology, and an invitation to Venetians from all walks to speak their minds and express their dreams. What comes of that is for now unknown, as it should and must be, and requires a faith in process – and people – that I think Venice, not to mention the rest of the world – can really benefit from. For recognizing this, and choosing to create an environment and tools for popular expression and dialog, and most of all for recognizing and trusting the people of Venice themselves as the ‘alpha and omega’ of any possible project in and for the city, it is my opinion that SUMUS deserves our support. In other words… sign me up!