In less than two weeks the balance of power in the State Duma will be determined. To understand the possible outcome of the vote (17-19 September) and the role of the opposition – systemic and non-systemic, ytali had a conversation with Dr. Andrei Kolesnikov, senior fellow and chair of the Russian Domestic Politics and Political Institutions Program at the Carnegie Moscow Center.
ANNALISA BOTTANI 6 Settembre 2021 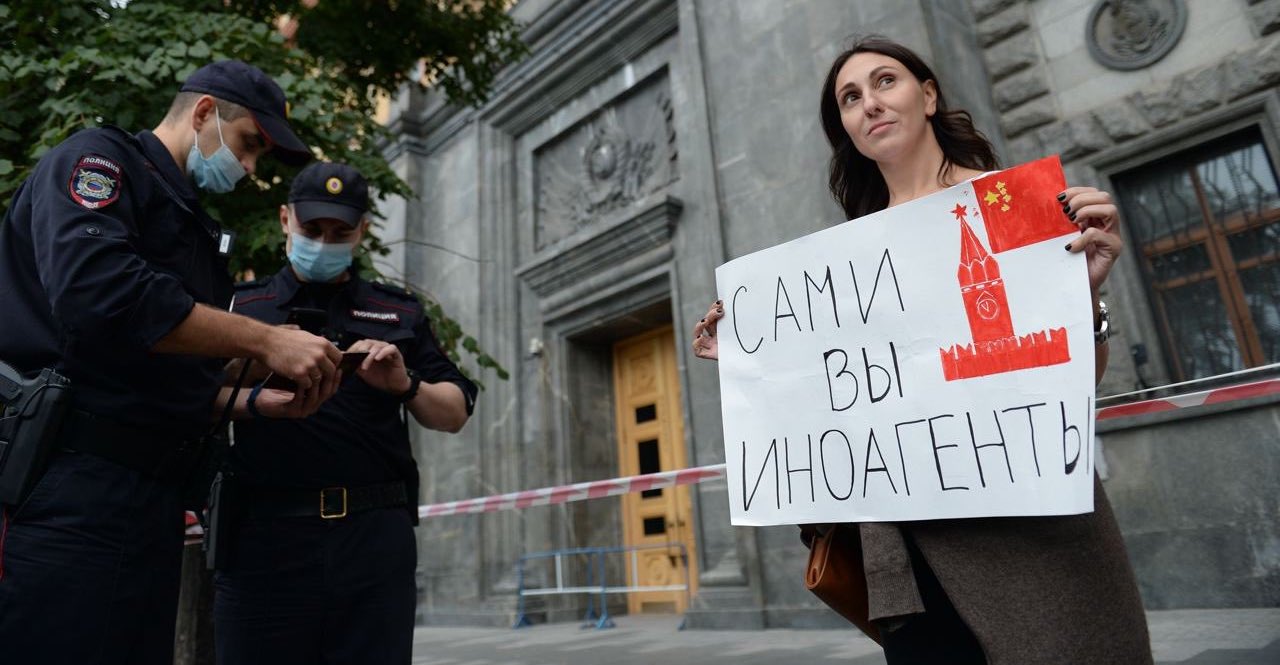 In less than two weeks the balance of power in the State Duma will be determined. Russian voters will go to the polls from September 17 to September 19 to elect their parliament. The decision to hold these elections over a period of three days, instead of just one (September 19), has been taken by the Central election commission due to coronavirus pandemic.

According to The Guardian, this measure will make harder “for poll monitors to compare the number of total voters to the votes claimed by United Russia”. Moreover, the public has been blocked from viewing camera feeds from local polling stations, unlike past years. As stated by Ella Pamfilova, head of Russia’s election commission, the access to cameras has been blocked “to pre-empt cyber-attacks”. A decision that hasn’t convinced journalists and political opponents, worried by the increasing repression and electoral fraud.

To understand the possible outcome of these elections and the role of the opposition – systemic and non-systemic, ytali had a conversation with Dr. Andrei Kolesnikov, senior fellow and chair of the Russian Domestic Politics and Political Institutions Program at the Carnegie Moscow Center.

The State Duma Elections represent a crucial landmark before the 2024 presidential elections. In order to silence any critical voices, the authorities have been intensified the crackdown on political opponents, civil society and independent media, even using the Covid restrictions as a tool to press charges against many activists. A complete purge of the political arena has been taking place, with new bans, repressive legislation (such as the foreign agent law), detentions and criminalization of Navalny’s organization, labelled as extremist. In your advice, could this transition to an authoritarian model of governance lead to a “new 1937”?
No, it does not lead to 1937 – if one understands 1937 as the mass physical destruction of people and mass arrests. Nevertheless, the scale of administrative and criminal persecution is unprecedented for the post-Communist period. And, for example, labeling people as “foreign agents” is a practice that is even hard to imagine in the late Soviet Union. It is also bad that the authorities have acquired a taste for repressive practices and no longer shy away from them. The position of both the “civilian” wing of the authorities and of the siloviki structures is one and the same: to crush civil society. Repression has become routine and a kind of “new normal”.

In accordance with the Constitution of the Russian Federation, 450 members are elected to the State Duma for a term of five years. As reported by Meduza, five years ago (before the last elections), Russia’s voting system, after a complete overhaul, became “hybrid”: 225 seats are based on party lists and the remaining 225 go to single-seat constituencies. How does this mixed system work?
This system theoretically could facilitate the emergence of independent deputies. However, in order to be at least a registered candidate, it is necessary to pass many filters. In addition, the authorities cut off the brightest candidates under far-fetched pretexts in advance. If an independent candidate (for example, from the democratic party Yabloko, which, for sure, will not be in the Duma) passes by chance, he will not be allowed to work properly in the parliament itself.

The authorities have barred many candidates from election (Pavel Grudinin, Lev Shlosberg, political opponents involved in Navalny’s activities etc.) and for the first time in nearly three decades there will be no observers from the Organization for security and cooperation in Europe (Osce). Golos, a local independent vote-monitoring movement, has been declared foreign agent. Given this scenario, will the composition of the “new” Duma preserve the status quo? Is there any chance that the Smart Voting will be somehow effective?
The status quo will certainly continue. Smart voting loses its meaning as a technological tool, precisely for the reason that undesirable candidates are cut off in advance. And Smart Voting has never made ideological sense: for example, it is hard to imagine a voter of the Yabloko party voting for a Communist just to spoil the mood of United Russia. Besides, the Communist Party, the LDPR, and Just Russia are all mere tools of the Kremlin. If you vote for the Communists, you are voting for the same Kremlin. All parties, or rather quasi-parties, are under strict control.

Let’s talk about United Russia, the current ruling party that holds shy of three quarters of Duma seats. However, the party has lately become quite unpopular and only 27% of Russians would vote for it. And let’s not forget that in 2019 Moscow City Duma Elections United Russia lost nearly a third of the seats in the 45-member parliament, retaining, however, its majority. With the new slogan “We are Team Putin, We are United Russia”, the party is going through a process of rebranding, trying to use Putin’s higher approval rating to “detoxify” the brand. But this is about perception and optics. Does United Russia have a clear strategy and a convincing program to win the seats, apart from populist, short-term measures (for example, cash handouts to pensioners and servicemen)? Leaving aside celebrities and popular politicians’ announcements, which candidates will have a real chance to be elected?
Putin’s approval rating is now 61% (the lowest figure was 59% in the spring of 2020) – and this is largely due to the pandemic and the stagnation of citizens’ real incomes. Dissatisfaction is also transferred to United Russia, which, as you rightly pointed out, is increasingly “tied” to Putin and strengthened in its image by the most popular ministers standing to “protect” the motherland – Shoigu and Lavrov (everyone has forgotten about Medvedev, the formal leader of the party). So things are really bad. Nevertheless, the party will be voted for and he will come first, because the poor strata are well aware that only this party has money, because it is part of the government. In addition, the budget – and state-dependent strata and professional groups will vote massively and forcefully for power. Voting in Russia is the ritual of voting precisely for power, not voting, but acclamation, not voting, but approval.

The role of the systemic opposition is controversial. During these years, the parties belonging to this group have backed up the Kremlin’s decisions, avoiding a confrontational attitude. Sometimes, instead, some grassroots members have been trying to challenge the Government, while the leaders have decided to maintain a conservative approach, criticizing Alexei Navalny and his methods, Smart Voting included. For example, according to Nikolay Rybakov, leader of Yabloko Party, Navalny’s ideas are “disastrous and dangerous for Russia”.

What’s the real agenda of the main parties that are likely to break the threshold (for example, Yabloko, the Liberal Democratic Party of Russia – LDPR, the Communist Party – – CPRF, A Just Russia)? In your advice, do they compete only for votes, playing by the Kremlin’s rules, or are they really trying to make a difference?
There are leaders’ parties, like the LDPR, and there are ideological parties, like Yabloko. There are hybrid parties, like the CPRF. Some parties add charisma at the expense of new leaders – in the case of Just Russia, they added a young macho-nationalist Zakhar Prilepin. There are parties whose only meaning is the name. For example, the word “new” in the name of the party New People or “pensioners” in the name of the Party of Pensioners. United Russia’s only resource is social payments, with which it, like Putin, is associated. No one reads party programs for a long time, everyone reads the messages. In addition to the four traditional parties, the New People and the Party of Pensioners have a chance. It is unlikely that Yabloko has chances, it is the party of “old” democrats. New Democrats support Navalny, but he does not participate in politics legally.

Let’s focus on the non-systemic opposition. At this stage the “Beautiful Russia of the Future” seems utopic. In your latest analysis, you pointed out that, by labelling Navalny’s organization as extremist, the Kremlin “laid the groundwork not only for neutralizing the opposition, but also for prosecuting those who help or even sympathize with it.” The path of thousands of activists and opponents, constantly harassed by the police, is really harsh when there are only three options: cooperate with the regime, go to prison or emigrate. As reported in a recent interview with The New York Times, Navalny strongly believes that “the Putin regime is an historical accident, not an inevitability” and “sooner or later, this mistake will be fixed, and Russia will move on to a democratic, European path of development. Simply because that is what the people want.” However, if the hawks of the security services keep “handling” the real opposition, will the movement be capable of rethinking its strategies and tactics?
The non-systemic opposition is disoriented and demobilized. There are no new technologies, and the authorities have only become convinced that brutal repression is the right tactic, which is becoming a strategy. Navalny was defeated, hence the drop in his approval and trust ratings: the masses need examples of success, not failure. Many are intimidated and see no point in protesting because there is no result. We pay too much attention to Navalny (partly rightly), but we do not really know what processes are going on in society. No one predicted the 2020 protests in Khabarovsk, and meanwhile, there was no Navalny or imaginary “American conspirators” behind the scene. Protests and civil movements will come where and when we do not expect them.

Many Russians are forced to deal, on a daily basis, with declining living standards, falling incomes, low pensions, higher prices and a brutal third wave of COVID-19. According to polling data from Levada Center, “39% of Russians barely have enough food”. Moreover, the authorities tend to neglect domestic affairs, focusing, instead, on the Russian Federation international status. Could these issues influence the elections results or will the political apathy of the silent majority prevail?
Of course, apathy will prevail. Poverty is not an incentive to protest – because the poor expect money precisely from the government, being dependent on the state. Dependence on the state is a basic characteristic of the system Putin built. And the indifference of voters is the basis of this system. Nevertheless, such a poor balance is not sustainable in a long-term. The gradual degradation of public sentiment and the social sphere is undermining the regime.

According to Navalny, “opposition exists in Russia not because Aleksei Navalny or somebody else commands it from a headquarters, but because about 30 percent of the country – mostly the educated, urban population – doesn’t have political representation.” This institutional vulnus might affect not only the system as a whole, but, most of all, Russian voters, frustrated and seeking for a change. In your advice, what’s the path of the country in the medium and long-term?
Sluggish degradation. Adaptation of the mainstream population to the current situation. Emigration of the most active – not only external, but also internal emigration to private life. Attempts by the authorities to adapt to new challenges, including changes in the energy balance. Perhaps some changes at the top towards greater technocratization of governance, but not democratization. The question is whether there will be serious public frustration in the 2024 presidential election. I do not have an answer to this question.

At the end of the day, Biden scopre di aver bisogno di Putin