Venice Unclocked – a city outside time 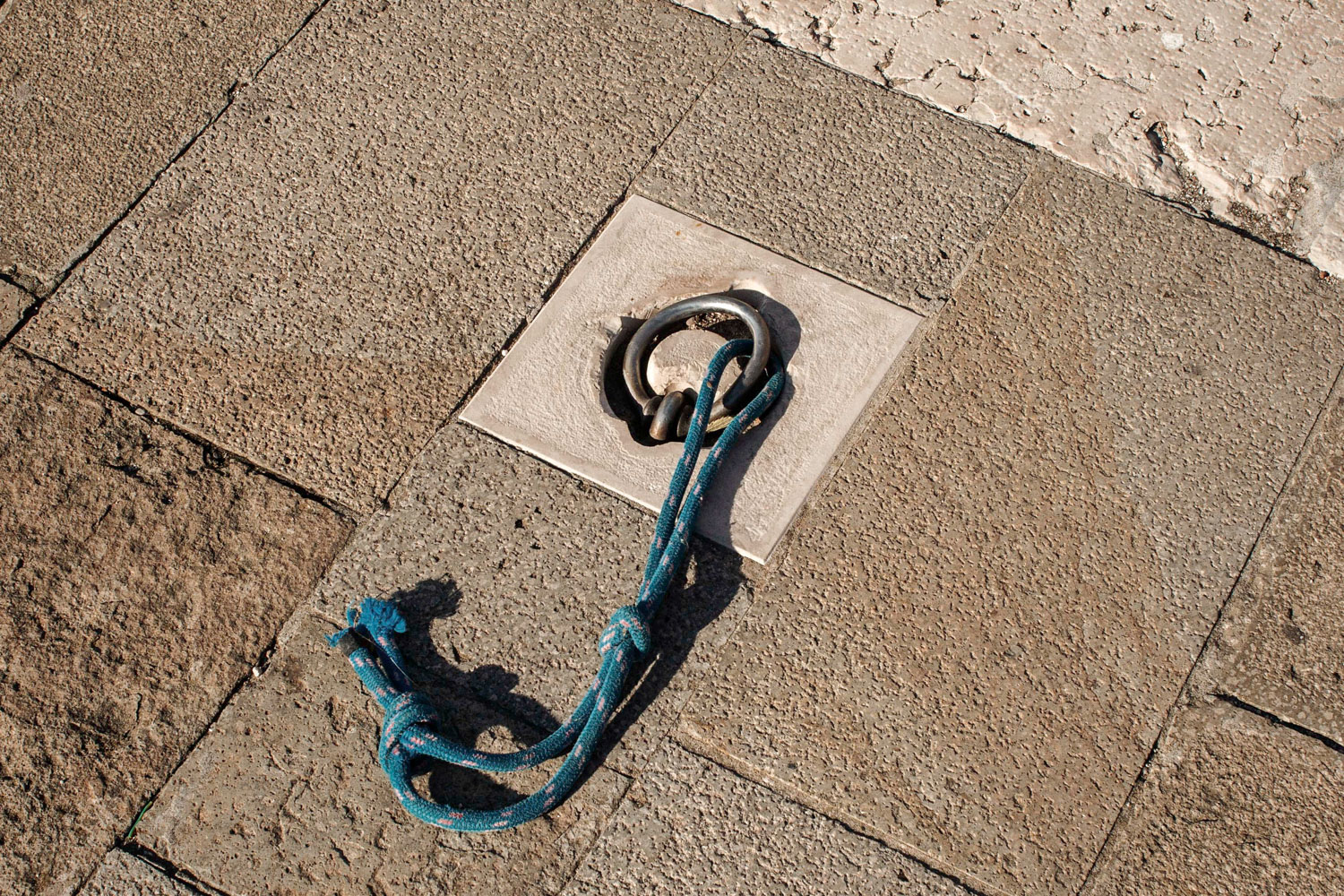 One of the most striking aspects of Venice Unclocked is the tension between words and photographs that at times seem distant from each other and at others completely entwined. That contrast, however, is intrinsic to a book about Venice which shimmers with its own singular beauty needing neither the glitter of the Ducal Palace nor the gleam of Venetian nobility to give it shine.

Instead, Venice Unclocked reveals quotidian Venice; the city that is always there and yet only discovered by chance, on an ordinary day, leaving you spellbound, “locked” in wonder, asking yourself why you never noticed it before…

Just as on page 44, when Spence writes:

Not far from my door, I notice a curious white shape rearing above a palace. It’s angular, bony, like a deer’s antler. Why have I never noticed this spectacular marble ornament before? The next morning, it’s vanished. Perhaps it was a cloud… or a moonbeam…

Yet when you set off again, a speck of that vision is preserved, an intimate, privileged memory that is yours alone.

The skill of Spence and Cosua resides in their gift for evoking a Venice that we have all witnessed yet yet somehow neglected. Perhaps because we are always racing the clock of our own invention.  In these poems and images of Venice, it’s not that the clock stops – as we often say it does in photography – it’s simply that it doesn’t exist at all.

What Spence expresses as a poet, Cosua delivers with images. A fragment of marble, its colours frailer and more evanescent with each passing day, week, century, has nevertheless survived in all its concrete, tenacious loveliness. It is at once a visitor from the past, present and – for that marble is here to stay – the future.

So how have Spence and Cosua “unlocked” Venice from her suffocating masquerade as a city of grand palaces, carnival, gondolas, picturesque canals and doomed love? How have they escaped her myriad clichés?

“It all began when I interviewed Elena Ochoa Foster, owner of the Ivory Press, for the Financial Times,” explains Spence. “Elena sent me two books from her series ‘Cities’, one on Rome and one on Madrid. As soon as I looked at them, I thought of Venice, the city where I had spent so much of life. Elena gave me carte blanche to choose a photographer and I instantly thought of Giacomo. As well as being a great photographer, he is Venetian born and bred. The city is like a second skin to him. I knew he would be able to avoid romanticising Venice and find the interior Venice, intimate, at once beautiful and ugly… our Venice, the one known only by those who have really lived here.”

To leaf through the pages and linger over the images of Venice Unclocked is to flow through different dimensions. There are the texts – which Spence does not describe as poetry but as a mixture between poetry and prose. Indeed, as we talked we invented the word ‘proesia’ as a way of capturing this ambiguous medium. There is water whose innate movement is somehow captured in Cosua’s photographs. And there is light which, in Venice, detaches itself from the shadows to intensify the infinite contrasts of this extraordinary city. And then of course, there is time itself, which has its own wave, its own elusive, unpredictable flow.

“At first I thought I would write a letter to Venice, divided into chapters, one of which would speak of time”, says Spence as she explains how she came to realise that time would be her main theme.

“You just have to think of the way we Venetians consider the relationship between distance and time,” adds Cosua. “We calculate everything according to how long it will take to walk there. We know exactly how long it will take to arrive anywhere in the city. Nowhere else measures time like this because only Venice is without cars. And then there’s the relationship between photography and time,” he continues.

This project gave me the chance to really think about the images I wanted to make. Often as photographers we work to very tight deadlines. But rushing is a bad habit because it forces you to go in search of the ‘right’ photograph, rather that find the time – that word again! – to fall upon situations by chance. Venice is the perfect city, because it runs entirely on its own track, a slow, slow pace which allows the city to reveal itself day by day.

I’d like to add an observation about public clocks in Venice,” he continues. “They are very particular because they are objects which belong to a city of the past yet which still work today. There are very few but they do exist and they are looked after very carefully so they don’t break.

Cosua’s words remind us that even in Venice time’s flow is tuned by human beings. The Venetian clock is an object which acts as a bridge between “now” and “then” and “in a little while”.  The book Venice Unclocked is also first of all an object; one of enormous refinement, designed to be touched and felt with the hands as well as the eyes, and if possible, to be read aloud.

Reading the book, it’s impossible not to be struck by the word-play between Italian and English of the word ‘sentire’ which translates in English as ‘hearing’, ‘listening’ or ‘feeling’. In Venice, beyond hearing the city’s unmistakable bells you also ‘feel’ them. On page 39, meanwhile, Spence notes, with regard to the painting of The Baptism of Christ by Cima da Conegliano in a church in Castello: You don’t look at this painting; you feel it.

Just as the sound of the Marangona makes itself heard and felt, unmistakable and eternal, at the touch of midnight: a sound which signals a time that doesn’t exist at all, save at the moment of its chime.