MDXV. An MIT Project for Startups in Venice. We Talk with Fabio Carrera

The idea is to attract innovative startups that can create jobs in the city for a future beyond the tourism monoculture. We met with the promoter of the initiative.
GUIDO MOLTEDO 7 Luglio 2022 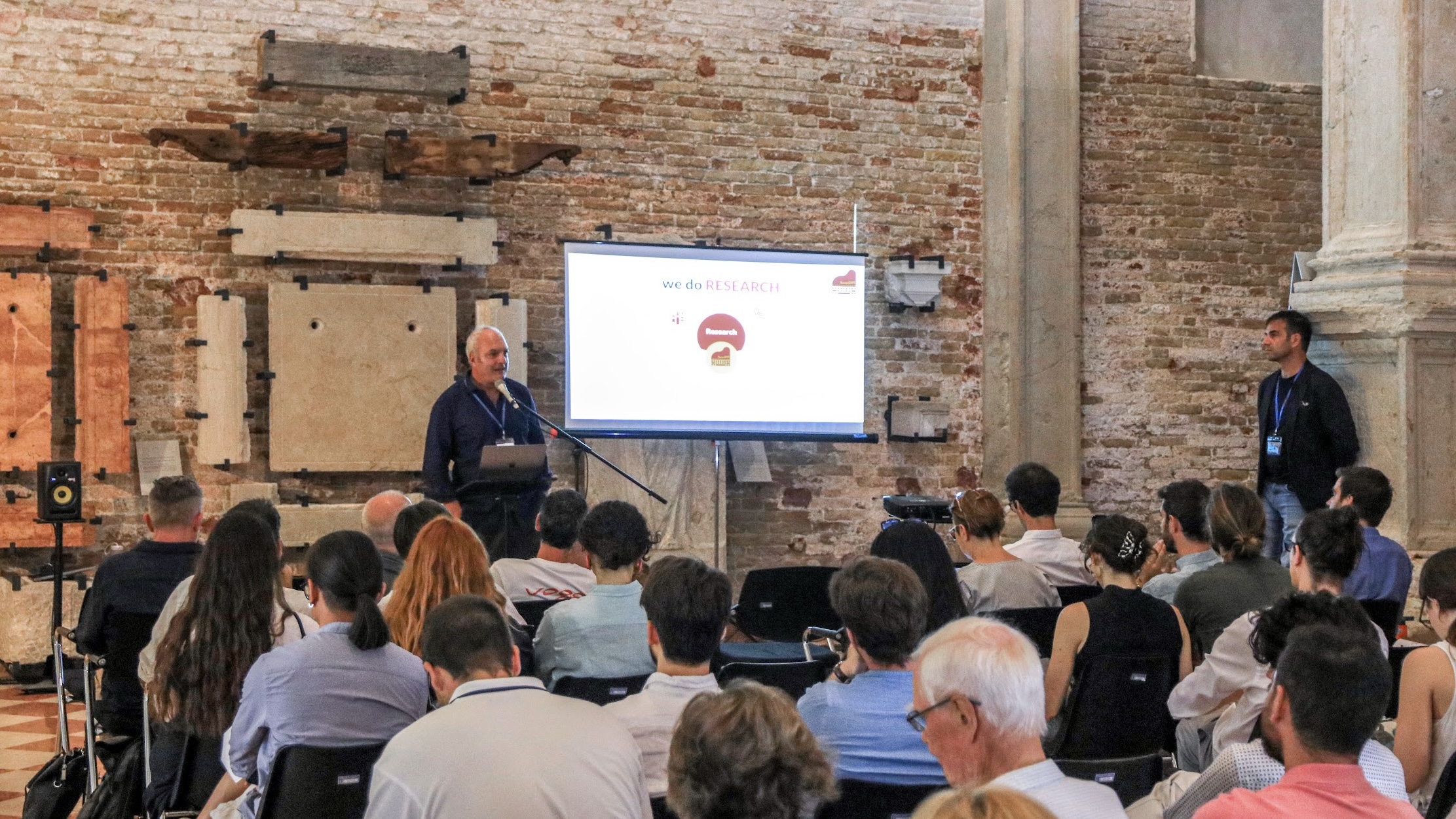 Ideas for making Venice a city of innovative businesses – part of an ambitious project which, even if only partially realized, would provide an impetus towards a more variegated city economy that is not condemned to the monopoly of tourism as the exclusive source of income and jobs. It will take time, and it is a difficult chance to take, but meanwhile the journey is already underway thanks to the initiative of Fabio Carrera. A “visionary” figure, as Paul Rosenberg defined him in an earlier profile, Carrera has long known how to perfectly combine his life in America with that on two Venetian islands, Sant’Elena, where he was born and raised, and Giudecca, where SerenDPT has its headquarters in the structure of the former church of Saints Cosma and Damiano. This “dual life” is positively reflected in an uncommon ability to profitably connect two distant realities with common traits; his own city of Venice and his adopted city of Boston, as well as with the other American cities where he spends periods for academic work.

Before the pandemic – relates Carrera – my former professor at MIT came to see me in Venice. I showed him the church (the headquarters of SerenDPT) and he said: “wow, what a great space”. Then he went on: “Maybe it would be nice to think about doing some sessions of MIT Design X”.

His friend explained to him that the project was an accelerator for startups to help launch new financially sustainable businesses aimed at resolving local problems. The die was cast. After the meeting, though, there was that period of suspended reality, the Covid pandemic, with the lockdown, restrictions and limitations. The journey they had begun, however, did not stop, and for several months they have resumed work on what has become the Venetian version of MIT Design X [MITdesignX Venice (MDXV)] which should be ready to start in September.

What we’re doing in Venice is a format that is a bit more compressed than what they have done for six years in Boston, which is a huge success that has created around fifty startups, over three hundred jobs, and an annual turnover of three hundred million dollars. This is our first year in Venice, and we’ll do them every year. We are in the preliminary phase where we are selecting the teams. Those that pass the selection will then participate in the actual program, which starts in September and goes through November, starting with an intensive four-day bootcamp from morning to evening. Every two to three weeks instructors will come here and will do two full days, then four more times; so in total there are twelve days of intensive work, and in the meantime the teams must work on their ‘homework’.

What types of projects have been approved in Boston up to now? Do they primarily regard the city of Boston?
No, in truth there are projects that regard a variety of areas and fields. What connects them is that they are based on so-called design thinking, which starts from the needs of people. It is not technology in search of an application, but rather the opposite. In Boston the program falls under the school of architecture and planning, so it has to do with the theme of the Smart City. The Venetian format has more to do with the city of Venice. Certainly, our idea along with MIT is to seek out startups and provide them with incentives to locate in Venice, in line with SerenDPT’s mission, which is to repopulate the city by creating job opportunities that are not related to tourism. We provide additional incentives to settle here, also thanks to support from MIT, which will send its students here every year. There is an immediate prize for the ten teams selected, a type of budget available up to five thousand euro, financed by the Fondazione di Venezia. We also have the support of IUAV, which paid for the travel of the MIT instructors for the three preliminary meetings that we have held since: three days of introduction and “warm-up”.

When you talk about Venice are you referring only to the historic city?
Actually, no. Certainly we would like to focus on the historic city, because that is what urgently needs to be repopulated, but the network is open to all of the Triveneto, and even beyond. You can apply for a startup from any part of the world, though obviously we have an eye out for projects that are more local. In fact, we have selected four themes that are relevant to the needs of the city: conservation and enhancement of heritage; environment; water and energy; sustainable tourism, and the more generic theme of the Smart City.

How many projects have you already received?
A dozen. We’re expecting another dozen.

Are they in line with expectations?
For the most part they are people who participated in the preliminary meetings. Some concern electric nautical engines, others the enhancement of heritage. We expect that there will be others in different fields.

You started SerenDPT in 2018, betting on Venice, on the possibility of promoting innovative productive activities to diversify the city’s economy beyond tourism. Does this new initiative confirm the validity of that bet?
This is certainly one of the most important pieces to make it succeed. From now on each year we will produce ten startups. Within five years we’ll have fifty. Obviously there is also a statistical question of numbers, and not all of them will ultimately be successful. However, when you create fifty at least some will be successful sooner or later.

Can the success of this initiative also be indicative of the more general possibility that businesses that are not directly related to tourism can locate in Venice?
The proof will be in the facts.

What do your American counterparts think about this, do they think that Venice can be a place where they can carry out this type of initiative?
Well, they see Venice like we all do. On the other hand it is well-known that Venice is a bit of a microcosm of the world and that therefore, in theory, what can be done in Venice is then exportable elsewhere. So yes, they certainly believe that. Obviously in the general imagination Venice still has its reputation as a very attractive place, and it is not difficult to attract people here.

Making them stay here is another thing. They will easily find confirmation that it is a nice place to stay, but will they also think that with respect to the functioning of the city, for example from the point of view of Internet and connections?
Venice is well equipped from this point of view. Obviously, when the moment comes there will be other problems to face. We start from work as our first objective, and there will immediately be the problem of housing and other practical issues. A series of problems with which, however, if you have startups that exist and which make certain requests, maybe the City can help us more. Talking about it now is premature.