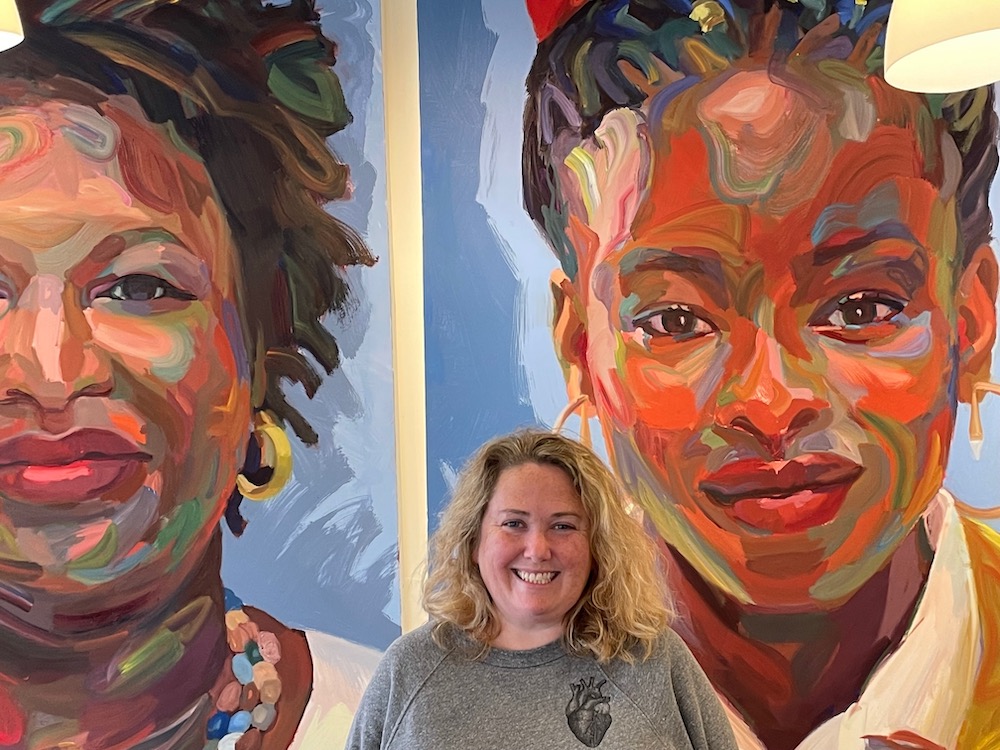 This fall, there hasn’t been a peep (publically) about the proposal from the National Education Association (NEA) in the U.S. to change the language in teachers’ union contracts to be more inclusive of LGBTQIA+ parents. Last spring, some members wanted to bring to a vote a language change that would substitute birthing parent for mother in contracts. The goal was to broaden the definition of birthers beyond mothers to clarify that transgender parents would be covered under maternity leave benefits. Mothers objected to the proposed language change and felt sidelined, if not erased. Nicole Neily, president and founder of Parents Defending Education wrote,

Normal people don’t use the term chestfeeding or birthing person. I think it just underscores how completely out of touch the teachers’ unions are from the concerns of normal parents.

Turns out the resolution or new business item, called NBI 63 was never brought to a vote with its approximately three million members, and was tabled for further review. The resolution stated, “Using this contract language, members need not worry about how a Board of Education/solicitor defines ‘maternity leave’, ‘mother’, and/or ‘father’; the language is an inclusive reflection of how LGBTQIA+ members build families.” The intent of changing the contract language to “birthing parent” is to include parents who identify as Lesbian, Gay, Bisexual, Transexual, Queer, Intersex, Asexual and +. “The plus is used to signify all of the gender identities and sexual orientations that letters and words cannot yet fully describe”, according to gaycenter.org.

Who could argue with giving benefits to the person who does the heavy lifting of parenting? But that is not the sole issue. It is the language teachers are arguing about. Maybe even the librarian is weighing in on the controversy, and what is the dictionary editor’s opinion?

Oddly, in a short paragraph of 142 words, President Biden’s authors mention the phrase maternal mortality 5 times, yet in the same paragraph, the word mother isn’t mentioned, only birthing people. So why maternal mortality if no mother? For example, on page 18,

To be precise, the Merriam-Webster dictionary definition of maternal is

“of, relating to, belonging to, or characteristic of a mother.” Perhaps the U.S. budget proposal authors view the word maternal in terms of broader behavior not unique to mothers? If that is true, then be consistent. It should read: birthing person mortality. (And yes, the U.S. government should clean up their wording, one way or another.)

The controversy over dropping the word mother and replacing it with the term birthing person has become a worldwide debate. In Great Britain, The National Health Service (NHS) in the Norfolk and Suffolk NHS Foundation Trust states,

Our team is developing a Perinatal Voices Partnership networking group, for birthing people, who have had the experience of using Perinatal Mental Health Services within Norfolk and Waveny.

The word mother comes from an Indo-European root shared by Latin mater and Greek mētēr.

Worldwide, the letter M most often appears in the word for mother, which is a visceral sound that universally describes the birther throughout the history of the human race – up until now.

A vibrant new website, zibbymag.com, is resonating with mothers all over the world. Founded by Zibby Owens, the popular book podcaster, zibbybooks.com, this online platform validates The Mom Experience as it explores through essays and roundtable discussions what it means to be a mother and a woman on this planet. Historically, the mom/mother experience has often been overlooked or trivialized as a non-salaried activity that is not really a job. It is no wonder after centuries of being minimized, mothers do not want the word mother erased from the cultural lingo.

Darcey Gohring, author, editor, and founder of the writing roundtable at zibbymag.com believes,

I do not think the instinct to parent is based on gender or whether or not the child is yours biologically, but instead based on who you are as a person.

This kind of thinking embraces the role of birthing parents, mothers, fathers, foster parents, legal guardians, and significant others, such as the grandparent who is caring for the baby of their drug addict son or daughter. (I know several.)

It is a human instinct to want to belong, and be part of an inclusive community especially when it comes to health insurance. Likewise, default caregivers, (grandparents, relatives) want to be included in so-called maternity leave benefits if they are the guardians of grandchildren.

Currently, the United Federation of Teachers (UFT) makes it clear in their contract that anyone who gave birth is entitled to maternity benefits without specifically naming women or mothers as the only possible people to give birth.

For example, the contract states,

If you physically gave birth to a child, you have the option to use your available sick day balance immediately after your child’s birth.” The contract does use the word “mother” in the context of breastfeeding. “In accordance with section 206-C of the New York State Labor Law, the Department of Education has implemented procedures to meet the needs of nursing mothers in the workplace.

Contracts that protect workers are often slow to catch up with a rapidly changing society. Full disclosure: decades ago I had to express milk for my baby in a 5’x5’ cleaning closet that smelled like ammonia when I taught at a well-known college, so the UFT is moving in the right direction.

Community activist, Michelle Axelson, owner of Womencrafts in Provincetown (on the tip of Cape Cod), champions the rights of LGBTQIA+ people. Her bookstore has become an oasis for people who feel marginalized and not seen.

Using inclusive language in all spaces is paramount for safety. In the NYC teachers union, language stands to inform and instruct not just those it protects, but all systems and people that interact with the teachers unions. We cannot espouse to love and protect all children and families if we are not making safe and reasonable accommodations for all types of teachers and staff. Education starts with the educators. Language, in this situation, is about acknowledgment.

In the name of being inclusive in labor contracts, how about leave the word mother in and use ALL-inclusive terminology such as:  birthing person, mother, father, foster parent, legal guardian, lesbian, gay, bisexual, transgender, queer, Intersex, Asexual + to be clear who is covered.

Now try and memorize BPMFFPLG+ along with LGBTQIA+.